Made Wianta is considered one of Bali’s most revered contemporary artists, one who broke the mould of Bali’s classical and traditional painting and went beyond any possible creative expectations. His career has not only been a personal success, but also brought Balinese art into a new paradigm.

Wianta was born in Apuan Village, in Tabanan Regency, to a village temple priest (mangku) and farming family on 20 December, 1949. He developed his artistic talents in both Sekolah Seni Rupa Indonesia, Denpasar (1967-1969); and then Akademi Seni Rupa Indonesia, Jogjakarta (1970-1974). He then spent to years in Brussels, Belgium (1975-77).

His time abroad is in fact important to his career, even his time in Jogjakarta, as it helped him breakaway from the psyche of the Balinese. The pulls of tradition and ritual have long meant Balinese artists were stuck in a cycle – until Made Wianta.

Wianta grew up at a time where Balinese artists were beginning to truly express themselves, but the maestro did so in a way so detached from tradition it made him truly unique. He was able to explore the Balinese psyche through his works, he spoke of ecology and environment, social and cultural responsibility, internationalism, globalisation… the themes go on.

As Jean Couteau explains in this interview: “Made Wianta was the only contemporary artist working outside of the realm of ‘Balineseness’. As far back as 1990, Made Wianta already used a car in one of his installations. At the very end of the millennium, thus to welcome the year 2000, he set up a huge performance on the beach of Sanur by spreading a two thousand metre-long piece of cloth on which was written the word peace in all the languages of the world.”

Wianta was a multi-modal artist, who had mastered expression in many forms, from installations, to performance art and of course painting. His mastery of colour and form on canvas is matched by his mastery of words in poetry, body movement in dance, and sense of rhythm in music. Over the decades he moved from style to style, starting from the Karangasem period, to geoemety, surrealism, installations, calligraphy and mixed media.

He was most of the time possessed of an intense concentration of energy, constantly moving. So intriguing was the mind of Wianta that Japanese researches once flew him to Japan to study his brain!

Over two decades, some 14,000 works (perhaps more now) have emerged from his energy and creativity. His art has been to exhibited around the world in the most prestigious galleries and museums.

His first exhibition was held in Brussels, at Centre Cultural Jacques Frank in 1976. Ever since, almost every year he has held an exhibition. To name few: 15th Asian Modern Art in Tokyo, Japan (1979), Exhibition of Asian Artists in Dacca, Bangladesh (1981), 50th Venezia Biennale, Italy (2003), Art Summit, Indonesia 2004,“Vision of East Asia 2008” group exhibition during Olympiade XXIX in Beijing (2008), ArtJog group exhibition at Taman Budaya, Yogyakarta (2013). His work was frequently exhibited at ART•BALI as part of their ‘Balinese Masters’ series.

One of his most iconic series, Run for Manhattan, explored the colonial history of Run Island, part of the Moluccas Islands and Manhattan Island. It was said that the Dutch and the British traded ownership of these islands back in the 1667 in the Treaty of Breda, whereby the British kept Manhattan and the Dutch were given full ownership of Run. The history enthralled Made Wianta so much that he travelled extensively to New York, eventually showcasing 42 pieces at a 2017 exhibition in Jakarta.

His passing leaves a big hole in the Balinese art community, where the path of contemporary art was cleared and spearheaded by this great maestro. However, his legacy is evident, not only in his works that are still exhibited in local museums (Agung Rai Museum of Art, Neka Art Museum, Rudana Art Museum), but in the works of the new budding artist who he inspired. His work has also been recorded in books, produced by the Wianta Foundation.

He also leaves his loving wife, Intan, and two children, Buratwangi and Sanjiwani, who have long been his biggest supporters and have helped spread his work far and wide.

#Indonesian artist #In memoriam #Made Wianta 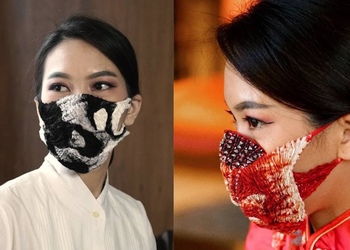 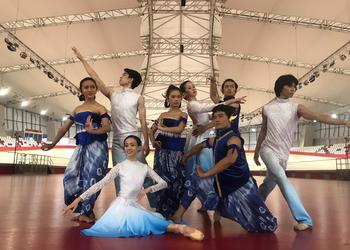 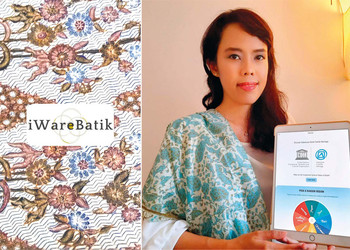 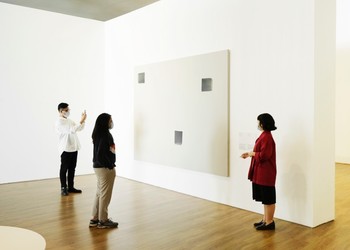 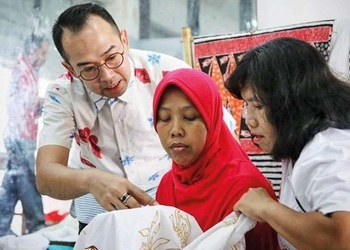