A look at art collections within the Ministry of Foreign Affairs and Indonesian Embassies around the world, which are effectively the faces of our nation.

In the annals of Indonesian foreign affairs, arts play a significant role in diplomatic events if President Soekarno—who had a close relationship with artists—is any indication. Indonesian art collections abroad has presented many of the best works from Indonesian prominent painters and sculptors to other presidents and country leaders as witnesses to the foundatio of bilateral ties and friendships. Plenty of Indonesian representatives overseas, such as embassies and cultural agencies, display masterpieces from Indonesian maestros at their establishments. Then and now, Indonesian arts remains significant as the gate to national identity, people and its culture.

Approximately more than 1,000 pieces of art collections are owned by the Ministry of Foreign Affairs, Indonesian Embassies around the world and other representative institutions abroad. Among 200 artworks has been reported to the National Gallery, not all of them are recorded in presentable database.

Works from Affandi, S.Sudjojono, Hendra Gunawan, Soedibio, Jeihan Sukmantoro and Srihadi Soedarsono are among the collection found within the above-mentioned institutions. During the second State Exhibition titled Lini Transisi this year, the National Gallery featured the collection from various institutions, including the Ministry of Foreign Affairs. Oil on canvas of Penjual Pisang (1960) by Soetopo, Dewi Sri (1970) by Soedibio, Aku Cinta Pada Tanah Airku (1966) by S. Sudjojono, and Kasih (1964) by Gambiranom Suhardi are a few examples of modern realist paintings displayed at the exhibit.

Inspector General of Ministry Foreign Affairs, Rachmat Budiman said that art is closely related diplomatic efforts and bilateral relationship since it’s commonly used as gifts. The picture of Soekarno receiving a sculpture from Argentinian President or when he presented two mini statues to be given to the United Nations are solid evidence of this. “Our first president is a relevant example showing the importance of art to diplomacy. We are open for collaboration with the National Gallery as we are starting an inventory and documentation to preserve these valuable works,” Budiman stated during his remarks at the National Gallery.

According to co-curator at the National Gallery, Rizki A Zaelani, the depiction of artworks at those institutions predominantly symbolise tradition with an objectification of Balinese dancer, rice paddies, nature and other related matters. Zaelani refers to historian M. Agus Burhan to describe the character of the works which have a range conceptualisation of Romanticism-exotic, popular contextualism and universal humanism.

“We have asked to collaborate with the Department of Foreign Affairs to archive the collection and take steps toward conservation. We are also proposing to help arrange and exchange the collection at important institutions abroad as we know those arts are substantial visualisations of our identity as a nation,” Zaelani added.

Along with three other curators, Zaelani also identifies the Indonesian Embassy in London and Washington as having the most diverse and magnificent collection compared with elsewhere in the world. With professional management and curation at those foreign institutions, art is expected to give a visual wise, a gate to homegrown talents, national identity, and the people and its culture.

Suwarno Wisetrotomo, a co-curator at the National Gallery understands that not many Indonesian representatives are aware of this, much less prioritising it. “We have leaders with different intention to arts. We have been there. What I thought is important is how we can see the relation between leader with artists, perception of leaders towards arts itself. And I think we haven’t done it optimally,” Wirosetrotomo closed his statement. After a two-year hiatus from its regular format, the Ubud Food Festival returns in full force, once again inviting everyone to descend upon Ubud to celebrate cuisine, chefs, producers, innovators and more over three fun-filled and 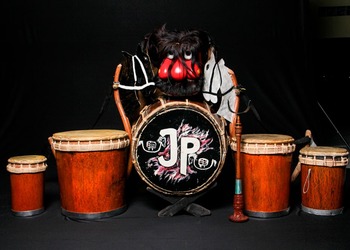 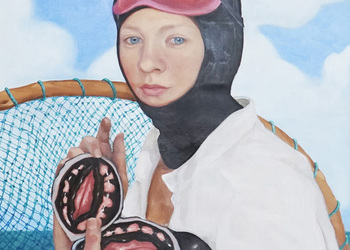 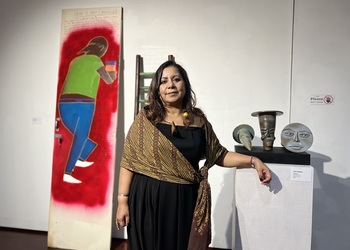