One of Jakarta’s most iconic landmark, Taman Ismail Marzuki (TIM) has been the subject of a heated debate in recent months. What does the future hold for this longstanding art centre? Jakarta governor has decided to rejuvenate the art centre.

However, faced with a complicated budgetary procedures and limitations, he decided to offer it to the provincial government’s property arm, JakPro. As a corporation, JakPro can more easily manage the budgetary restrictions and raise the needed funds for the project, but they also hoped to be able to take advantage of the prime real estate on which the centre sits. One of the things they want to build at the site is a 200-room hotel. As demolitions and constructions have already started, rumours become blown out of proportion, and groups of artists started protesting. Their main concern was the hotel, which they saw as an epitome of the commercialisation of the art centre. “We need theatres, not hotels. There are already plenty of hotels in the vicinity,” they exclaimed. 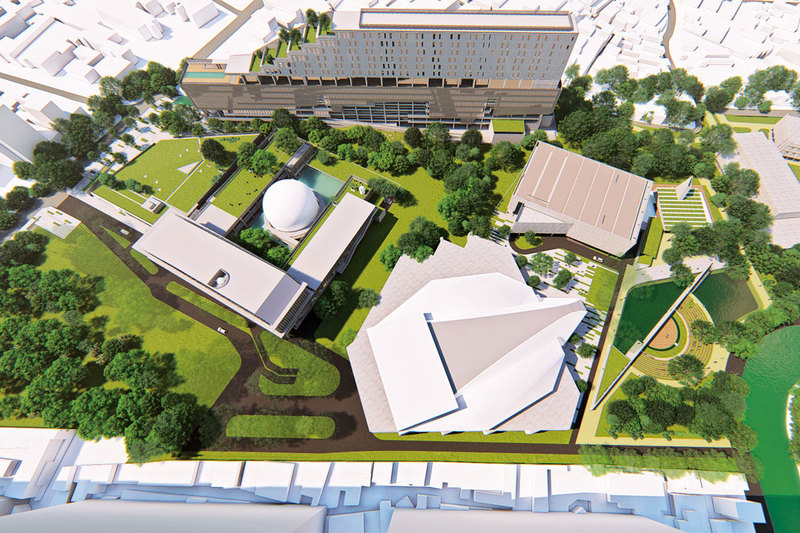 Poet Radhar Panca Dahana believed JakPro’s decision to build a hotel was not in line with the vision of making TIM the centre of art for artists who had grown up and grown together in a forum for expression. He considers that culture is an investment, and the arts should not be considered as a money waster. Radhar’s cultural investment is an immaterial investment that cannot be compared with the benefits that will be obtained from the hotel rental fees promised by Jakpro. The artists active in opposing Taman Ismail Marzuki’s revitalisation wrote a statement called the “Cikini Statement”, which rejects JakPro from managing Taman Ismail Marzuki and establishing a hotel in the arts centre. Radhar suggests that the revitalisation project—which two years of creative space deprivation for the artistic community before being taken over the Jakarta government’s property development company—threatens to “to bury our culture, letting people become zombies that live only to create evil and depravity.”

Hikmat Darmawan of the Jakarta Arts Council sees Radhar’s concerns farfetched. Other prominent artists like FX Harsono agree. In recent years, our art and culture has managed to survive and even flourish. Indeed, of late, TIM has not played an important role, but if we had better galleries and theatres there, it would certainly play a much greater role. So, Radhar’s claim that all artists are opposed to Taman Ismail Marzuki’s revitalisation is incorrect. The art community seems torn regarding the issue.

When Governor Anies Baswedan expressed his intention to revitalise TIM, Her Pramtama, a member of the government’s Development Acceleration Team, who was an architect, reminded him that, in 2008, a competition had already been held, and so it might not be necessary to hold a new competition. The governor liked the winning design by Andra Matin, which essentially was intended to provide an oasis for creativity. In his original design, Andra Matin wanted to increase the ratio of green areas in the centre. He wanted people to be able to feel the presences of the green garden even from the main street of Cikini. Therefore, he envisioned a large green lawn, while parking is placed underground, under the lawn. 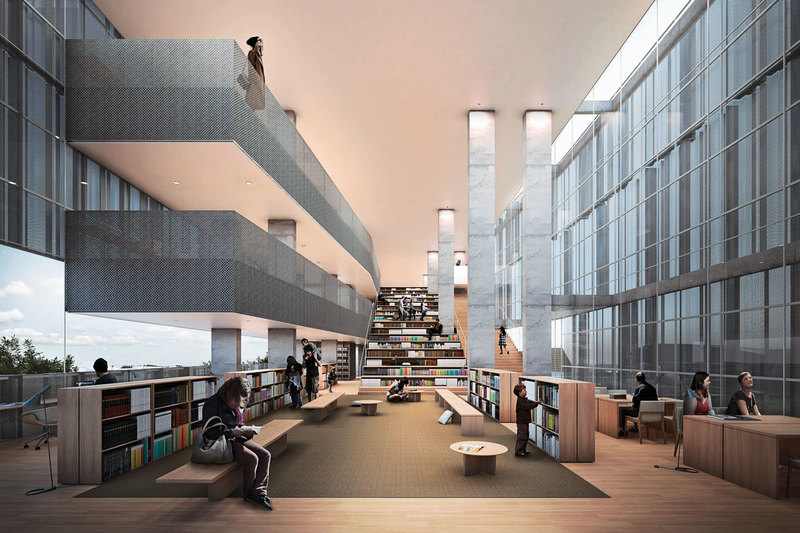 He also saw that the main problem with TIM’s existing plan was that the way the building are laid out in the current scheme, divides the centre into two: TIM in front and the Jakarta Institute for the Arts (Institut Kesenian Jakarta IKJ) in the back. In response, he introduced a long building leading from the front, all the way to the back on the north side of the site. The inspiration for the long building were the raised long houses in many traditional villages in Sumatra, Kalimantan and Sulawesi. The H.B. Jassin Center for Literary Documentation and the Regional Public Library, currently housed in one of the older buildings adjacent to the Planetarium, would be moved there. The old building that housed the Jakarta Arts Council and the XXI movie theatre, which is the physical divider of TIM, was to be demolished. The Jakarta Art Council offices and painting storage would also be moved to the long building.

As he had to consider the preservation of the Planetarium, which apparently was Sukarno’s idea, he had to alter his initial idea of covering it with landscaping. The planetarium will remain, but it will be connected with a new structure which will house the future movie theater and food court. Surrounding the building will be hilly lawns that should make quite a pleasant environment for artistic creativity.

When he found out that the estimated budget for the revitalisation project had more than doubles, Andra Matin realised that JakPro wanted some other facilities, such as the hotel, to be added. He absorbed the hotel into the long building to ensure the ratio of green areas in the centre would not be reduced.

Being the architect of the revitalisation project, Andra Matin often finds himself caught in the middle. While he realises that building a new 1,400 seat theatre is unnecessary and unrealistic, the developers are pushing for it. He himself prefers to refurbish the 800 seat Graha Bhakti Budaya, which was functioning fine and very popular despite aged equipment until its recent demolishing. Nano Riantiarno strongly questions the plan for a 1,400 seat theatre. There are already two theatres in the centre: Teater Jakarta with a capacity of 1,200 and Teater Kecil, with a capacity of 240, both built in the late 1990s. Ever since it was opened, Teater Jakarta is always faced with the problem of getting enough audience for performances held there, even though it is a theatre of smaller capacity. The issue of overcapacity caused it to be not very popular. Adding another theatre of similar capacity would just add to the problem.

Indeed, art centres often become the subject of political tension and controversies. TIM is no exception. However, the recent controversy of Taman Ismail Marzuki’s revitalisation seems to be the result of the Jakarta Government’s lack of transparency and poor communication skills. Although the governor said that his work starts from a concept, followed by a narrative before it is executed, for some reason recently he has forgotten to deal with communicating the concept and the narrative. He seems to have adopted the “execution first, explanation later” idiom instead. Therefore, it is not any different from his other endeavours, among others, the logging of valuable mahogany trees at Monas. We can only hope that TIM’s revitalisation project will not be put on hold, but rather that it continues transparently and responsibly, so that sooner rather than later we can enjoy a pleasant and state of the art art centre in our beloved Jakarta. 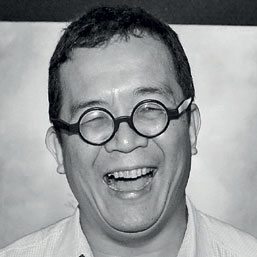 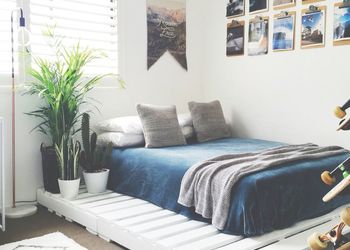 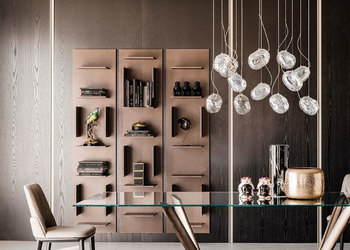 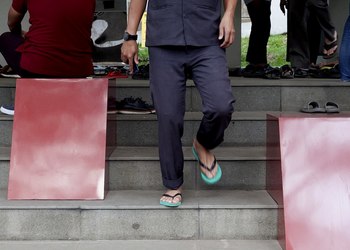 The Blueprint of Inclusive Cities 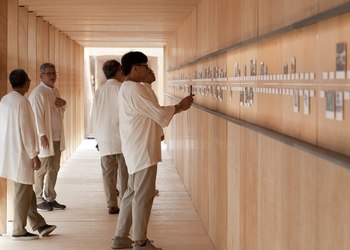 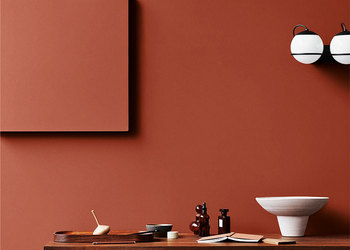 From Local Green to Statement Blue - Celebrating Colours in 2020