Each month, NOW! Jakarta brings you tales of hidden heritage from our travelling duo, writer Stephanie Brookes and photographer David Metcalf. During 2019 they have brought stories back from the Kei Islands, Lombok, the Banda Islands, Seram Island, Kalimantan, Bali, Java and Sumatra. From accounts of meetings with forest-dwelling shamans who guard their sacred trees to dark tales of the nutmeg trade in the Banda Islands, here are a few highlights from their 2019 journeys. I arrived at a small village near Kuta in South Lombok and followed a local crowd who were making their way to a nearby hill to watch the local stick fighting battle known as Peresean.

Two opponents entered the field. The crowd greeted them with loud cheers and boisterous yells, which just added further to the excitement building around the upcoming fight. Once in the arena, they faced off, and the pekembar (referee) gave the signal to begin. 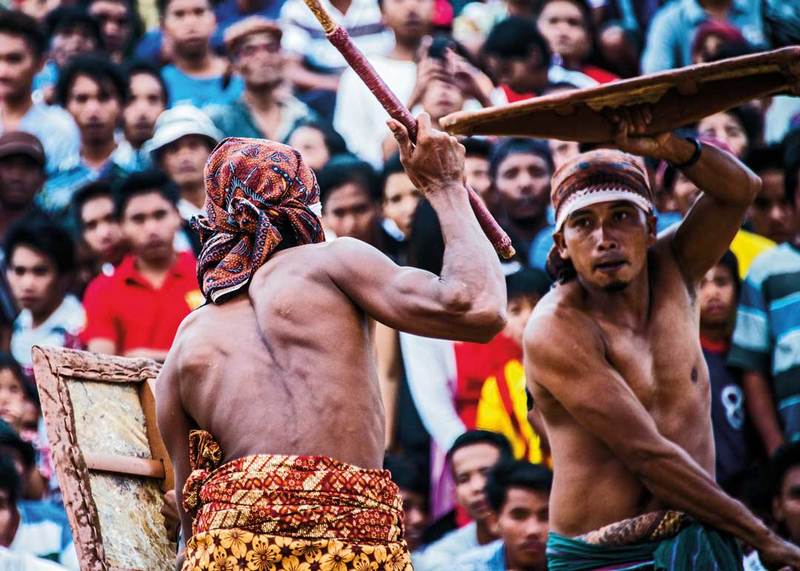 Each fighter was armed with a rattan stick and a buffalo skin shield for protection. They started their battle nimbly with ducking and weaving moves. Soon enough they began lurching at one another, while skilfully deploying their shields. Sometimes they would make a successful strike with their stick, making physical contact with their opponent. As the pace of the attacks escalated, the roar of the crowd got louder and louder.

I got talking to my friendly ‘neighbour’, Arif, at the arena barricade. He happily filled me in on the rules of engagement. “This is a duel and a match of wit, skill and strength. It gets pretty intense, but now we don’t demand blood is spilt on the soil. That was in the old days when the Peresean was only held at the end of the dry season. Back then, we believed that the more the blood soaked the ground, the more rain would follow. Now, it is different. We perform the duel regularly during festival times. For us, it is a celebration of brotherhood in Lombok, and it is also a chance to showcase Sasak culture.” 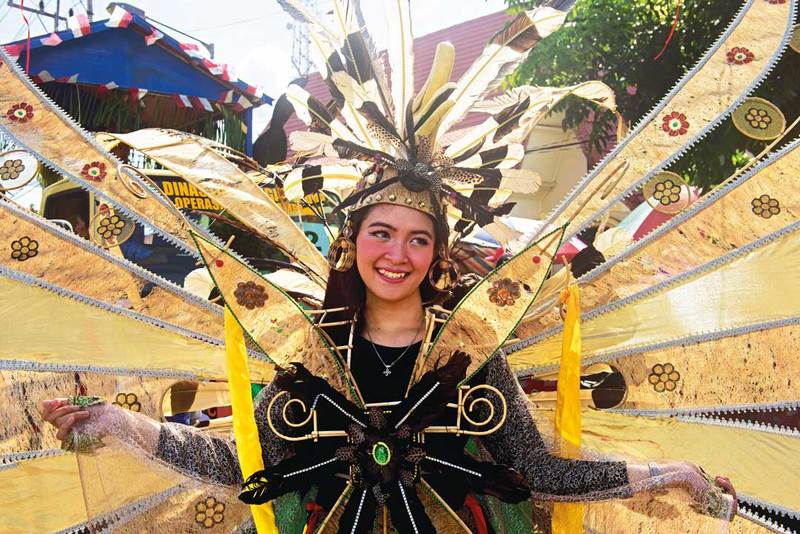 Before I entered the Dayak house in Haringen Village, East Barito, my host, Ardiyansah, performed a welcome ceremony. Using his original Dayak Ma’anyan language, he said, “This blessing is to honour you as my guest. Leave all diseases and other things behind; leave all religion and beliefs outside”. He then splashed holy water on my head and smeared a white paste on my brow, adding, “As you enter this house, we are as one. You are now accepted as one of us. You are family.” 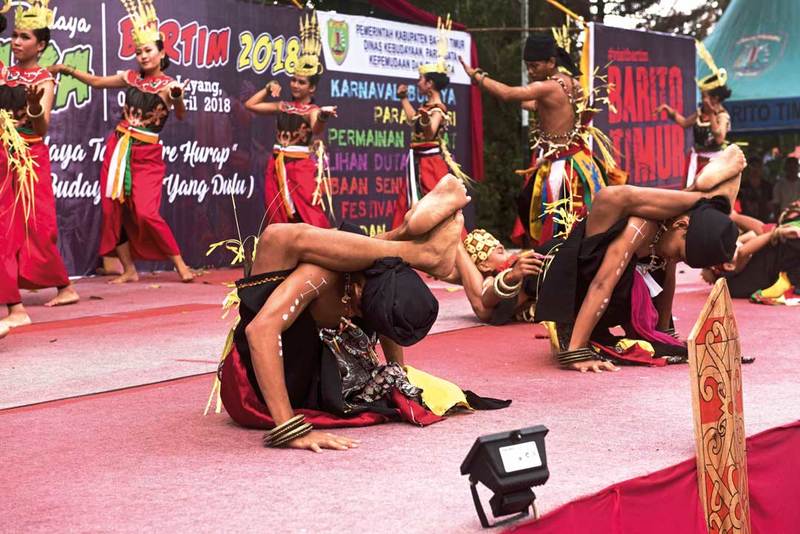 I was invited to take my place on the tika (woven mat) in the lounge. A lovely natural conversation started to flow with Ardiyansah, who told me later, I would meet a shaman who was surprisingly only 20 years old. “Yedi received a message when he was 10 that he was a chosen one. As a child, he was very sick with an unexplained illness. While he was ill, the spirits kept coming to him, giving him more and more information,” he explained, “Once he told people about this, there was a ritual at my house. He learned rites and ceremonies from a master shaman who spoke in an ancient language. He had to learn this language first. This language is only passed on orally. Nothing is written.” He continued, “A shaman is a healer and a helper, like a doctor. Other people have powers to cast spells, but shamans do not have these powers.” 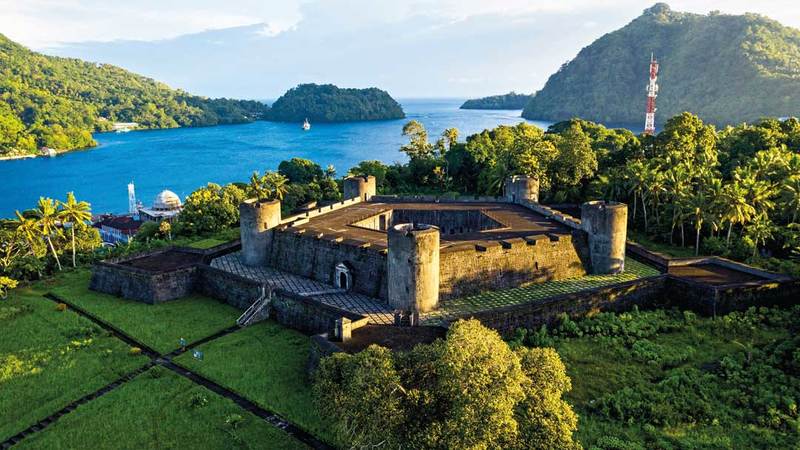 The Banda Islands can be both fascinating and horrifying when you start to delve into the history of this grand colonial outpost that lasted for about 300 years. The enormous wealth and power wielded by the Dutch East Indies Company (VOC), it turns out, was supported by blood money.

The islands had a ruthless and blood-thirsty administrator, Jan Pieterszoon Coen. He aimed to get a worldwide monopoly of nutmeg, which at the time was the world’s most valuable commodity after gold. The prized spice grew in only one place in the world – the Banda Islands. Under his leadership, the Dutch East Indies Company carried out a genocide in 1621. Dutch soldiers, bolstered by Japanese mercenaries, massacred, enslaved and banished the vast majority of the islands’ population. According to some accounts, there wereup to 14,000 indigenous Bandanese there at the time. However, only around 480 remained after the massacre. While a small number managed to escape, those who took to the hills to hide met with a sad end. The VOC cut off access to the mountains, and they starved to death. 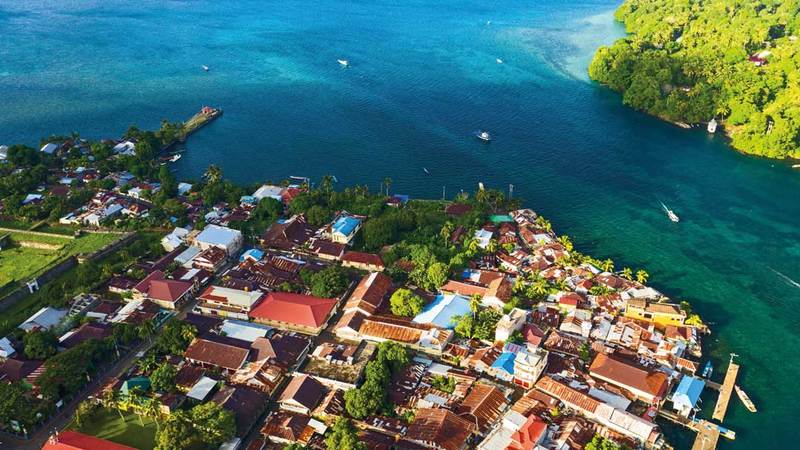 Today, the town of Banda Neira, once at the centre of Dutch rule in the region, is a sleepy calm, little place. The police station is housed in an old Dutch colonial building. Neat houses line the streets with dainty windowsills adorned with pots of colourful flowers. These stand side-by-side with crumbling ruins and deserted entrance ways to unoccupied and dilapidated manors. Old cannons can be seen all over town. Small lanes and backstreets all seem to reveal remnants of the place’s dramatic past. Sitting under the shade of a nutmeg tree, with its delicate white flowers emitting a subtle fragrance, one can be easily swept away by thoughts of its colonial past. 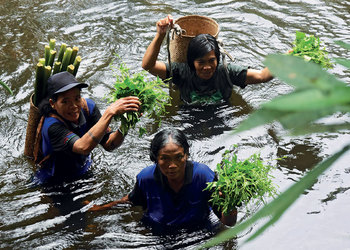 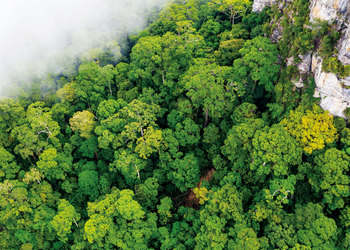 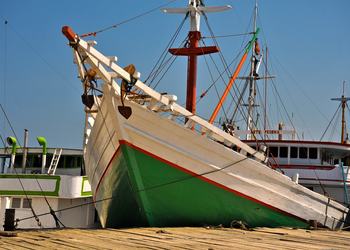 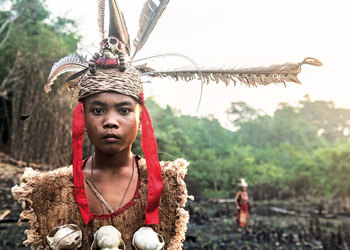 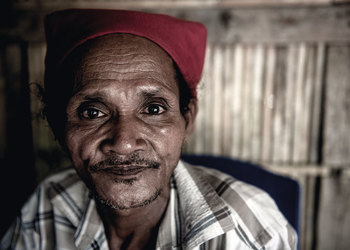