In 2005, three recent graduates of Bandung’s Institute of Technology Arts and Design Faculty started a venture which they called Kandura. Tisa Granicia and Bathsebha Satyaalangghya (Ghia) both majored in Ceramic Arts, while Fauzy Prasetya majored in Product Design. A few years later, they added Nuri Fatimah, who has a Textile Crafts background, as a partner.

It was their love of the Indonesian food culture that led them to form Kandura, which is derived from the word kenduri which means “a feast of celebration”. They believed that in Indonesia, food has a very rich history and has strong potential for exploration. They wanted to make designs which were based and centered on Indonesian culture and enrich it further, resulting in tableware designs for the contemporary Indonesian food culture.

When they first started, Kandura’s designs were different from the ceramic studios that were around in Bandung and Jakarta in the mid 2000s. Back then, most of the ceramic studios were very into the “earthy studio ceramic” aesthetic. They were producing brownish grey clay bodies with glossy “natural” glazes for tableware. On the other hand Kandura had a different aesthetic outlook. They were very focused on making contemporary design, with a strong product design character, as they had a product designer on board.

“For better or worse, we wanted to make thin, sleek looking designs with matte glazes in neon colours. We shaped using the slip-casting technique, used stains to achieve bright coloured glazes, we made shapes and forms that more or less defied the common ceramic language used at that time. We, of course, failed at a lot of our attempts, as those common ceramic languages were used for a practical reason.

“But what we achieved at that time was, the knowledge and confidence that it was possible to make something we felt was new, using more or less the same ceramic making principles that has been around for thousands of years. That was our big lesson,” Fauzy explained.

In 2009, together with a few friends, they made a concept store in Bandung, which opened up new opportunities, leading them to transition to the emerging new middle class market in Jakarta. Taking part in a pop up market, which was “the new thing” at the time, they met cafe and restaurant entrepreneurs who were appreciative of what they did, and this led to business to business projects.

One of their first projects was the Museum Bank Indonesia building conservation project in Jakarta Kota, where Kandura made wall tile replicas for the museum building which was originally built during the Dutch Indies colonial times. The original tiles which followed the shapes covering all the pillars and the wall’s edges throughout the building, seemed to have been custom made in various European countries, using custom glazes prepared for the different rooms. The team spent almost two years making 1500 pieces of tiles for the project, attempting to match the exact glaze colours. It involved a lot of trial and error, but it really taught them about making glazes.

Currently Kandura is working on an expansion of the Teribi series, which was originally launched in 2016. It consists of small espresso-sized coffee cups and a cake plate to go along with it. The idea for the collection came from Fauzy’s travel to the San Pedro de Atacama desert in Chile, South America. They extracted the blends of blue, pink, grey and green from the desert, the sunsets, the adobe buildings and the salt fats lagoon filled with flamingos. These were then translated into our studio’s ceramic language: a mixture of textured and coloured clays, uneven glazing techniques and randomly applied motifs. Now they are making a tea set and coffee set to go along with the two original pieces from the collection.

Like most businesses, Kandura has had its share of ups and downs. They have tried many ways of making our ideas and delivering them to the public, some worked and a lot did not. Be that as it may, “compared to the very beginning, we are now able to handle projects that are at least ten times of what we could handle back in 2005,” Fauzy concluded.

In 2017, Kandura made a bold big move. In order to meet several project demands, they moved their workshop to Tangerang, while the design studio and showroom relocated to South Jakarta, closer to their market. In their new home in Greater Jakarta, they are facing a new exciting challenge, to improve their products and come up with new functional and experimental designs, as well as working on new projects.

The market has been very welcoming. “We meet with all sorts of customers, people who come to us because they need our products, and people who love our designs, and our favourite crowd, of course, are the ones who loves both our designs and proud to use our brand. We love this because it gives us a sense of community, that we are in this and building something together. Response and feedback from our community is very important to us, as it gives us energy and direction to develop our design and service, making them better for everyone,” Ghia said.

Meanwhile, she also noticed that many of those who had been interns or visitors to the Kandura studio have opened their own studios, creating a community of ceramics producers. She does not see it as a threat, instead, she said. “Knowing that we had a contributing factor to the development of this community is in itself very rewarding, and gives us a lot of energy in driving Kandura forward.” Indeed Kandura embodies the spirit of kenduri, which not only means “a feast of celebration”, but also contains a strong community significance. 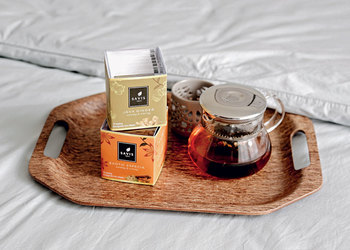 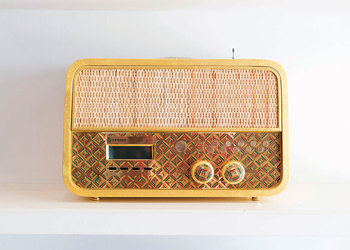 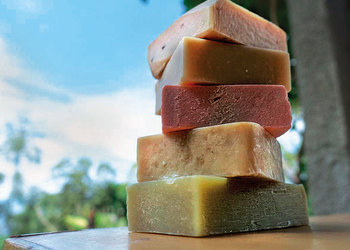 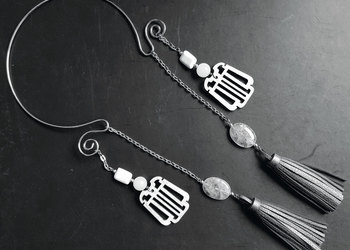 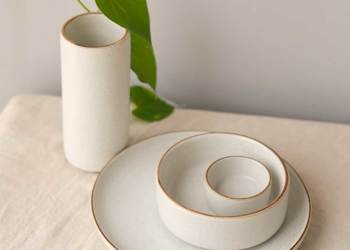