A Bridge Between Two Cultures

It can be both exciting and overwhelming to move to a foreign country and plunge into a whole new world where everything is different, strange and unfamiliar. “Die BRÜCKE” (“the bridge”) is a foundation by German-speaking women and men of various nationalities based in Jakarta, aiming to build a bridge and nurture mutual understanding between Indonesians and Germans.

Karin Ohmann arrived in Jakarta in 2015 and had heard from friends about “Die BRÜCKE”. She soon joined the foundation and is currently its vice-chair. “Based on my own experience, I can say that ‘Die BRÜCKE’ is a great platform for new German-speaking arrivals in Jakarta”, she says. “When you are in a foreign country with a foreign culture, it is always helpful to build a network of people who will be on hand with help and advise.” Triyanti, the current chairwoman of “Die BRÜCKE”, came back to Indonesia in 2009 after studying and working in Germany for 13 years - and it took her a while to adapt to her home country again. To reconnect to Germany, she decided to join “Die BRÜCKE”. “I am very grateful for the time I spent in Germany,” Triyanti says. “The people were always nice and helpful, and this way, I can stay connected and also give something back.” Founded in 1979, “Die BRÜCKE” not only lends a helping hand to newcomers in Jakarta through regular events, but also offers a wide range of other activities to its members. There are several teams within “Die BRÜCKE” - the social team, the garage sale team, the newcomer team, the culture team, the trend-creative team, and the editorial team. According to Karin Ohmann, everybody is welcome to apply themselves with their own hobbies and interests. “There is a wide range of activities one can join, be it to simply have fun, or because you want to commit socially,” she says. The social team is in charge for several projects in and around Jakarta, collaborating with Indonesian NGOs and foundations, that mostly focus on education, children with disabilities, and children suffering from diseases, among others “Yayasan Lentara Anak Pelangi” and “Rumah Kita”. “We regularly visit these projects on site to see the latest developments and how our donations are being used,” Triyanti explains. To be able to continue donating to these projects, “Die BRÜCKE” organises regular events, including the monthly garage sale. The trend-creative team meets once a week to paint, craft, draw, stitch - in short, to be creative - and the handmade articles are then sold at events. The culture team is responsible for excursions and trips, whereas the editorial team oversees the magazine and other publications. One not-to-be-missed highlight on the busy calendar of “Die BRÜCKE” is the annual Christmas market which will be held on November 26 at Aryaduta Hotel this year. It is the foundation’s main event and makes up for 50% of the foundation’s annual budget for donations. Around 1600 people are expected to come to this tradition-steeped event that is especially a culinary feast: Christmas cookies and gingerbread will be on offer as well as the more hearty meat loaf, sausages and sauerkraut, not to forget the delicious mulled wine. “We have been busy preparing the Christmas market since September,” Triyanti says. “Our trend-creative team is making Christmas ornaments and decorations that will be sold there. We have a big tombola as well, and of course, the traditional Christmas food that many Germans here miss during this time of the year.” 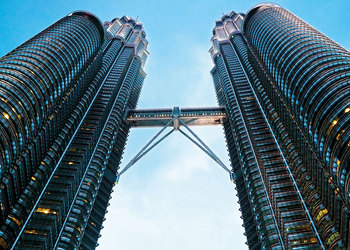 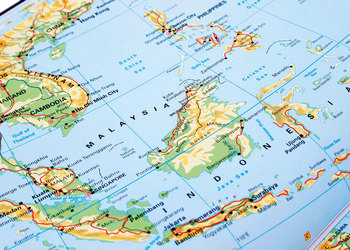 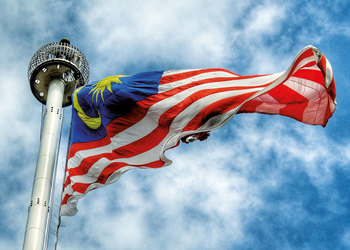 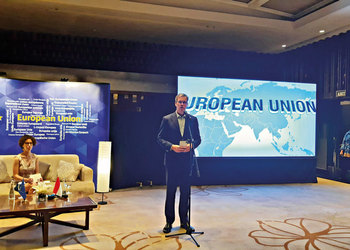 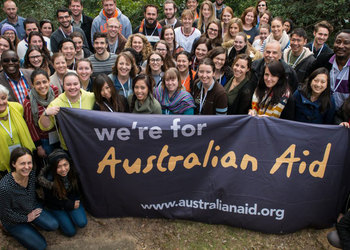