We pass by them every day. We squeeze past them on crowded pavements. But just how much do we know about Jakarta’s ubiquitous street food vendors? In this first part of a two-part story, Theresia Hutabarat delves into the humans behind the street food culture in Jakarta and finds out what makes it thrive. 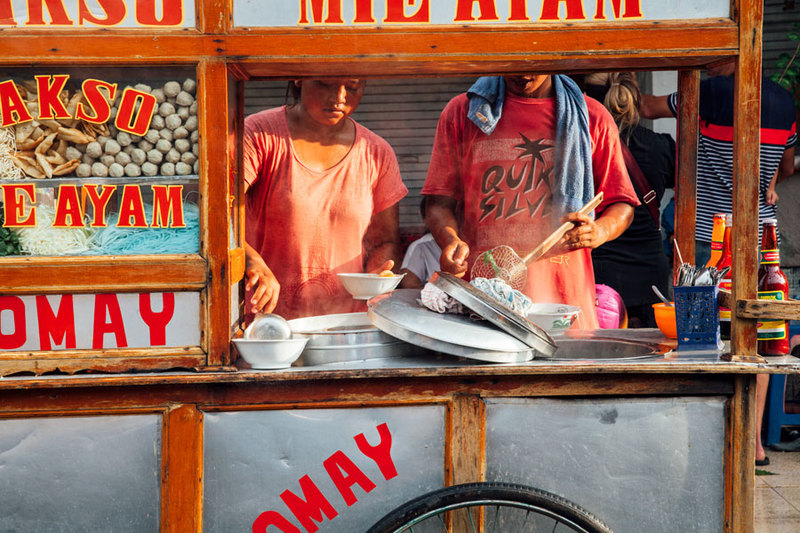 As usual, lunch for Anggoro Seno, 35, an employee at a private company located on Jl. H.R. Rasuna Said, Kuningan, South Jakarta, comes from one of his favourite go-to places behind his office – all of which are manned by street vendors. Whatever the option – Masakan Padang, Sate Madura, Soto Lamongan, Mie Ayam Bakso, Pecel Lele, Ayam Penyet, Rujak – it never fails to satisfy him. Add to that cold drinks such as coconut water and juices and the convenience to have lunch delivered to his office pantry, where his colleagues would often congregate.

“I usually buy my lunch, except when there is a ‘savings package’ from meetings,” chuckled Angga, in reference to meals provided for in-office meetings. The father of two limits his lunch budget at IDR 15,000 per day and sees no option in bringing food from home.

When 44-year-old Audy decided to switch to a secretary job at a Kuningan public accounting firm, the biggest relief she felt was the ease of getting lunch, compared with her previous office location on Rasuna Said. Despite working on the eleventh floor of a high-rise building, lunch is easily available at either the canteen or from street vendors at a maximum of IDR 25,000. It has sort of become a new habit for the mother of one, who has had to tighten the purse-strings following her husband’s layoff a year ago. Gone are fancier lunches at mall food courts.

"Buying lunch is more cost-effective than cooking, considering the resources spent on gas, energy and time. In my household, where there are only three people, food is often wasted. Because I ride on public transportation, either commuter buses or the busway, it’s not always convenient to carry food with me. By the time I arrive at the office, I tend to have lost my appetite in the packed lunch because it doesn’t look as fresh anymore," said Audy.

For many middle-class workers, street food vendors are a life saver. There’s nothing not to love about getting freshly prepared local food at affordable prices. It’s a burgeoning trend especially in areas near office buildings. 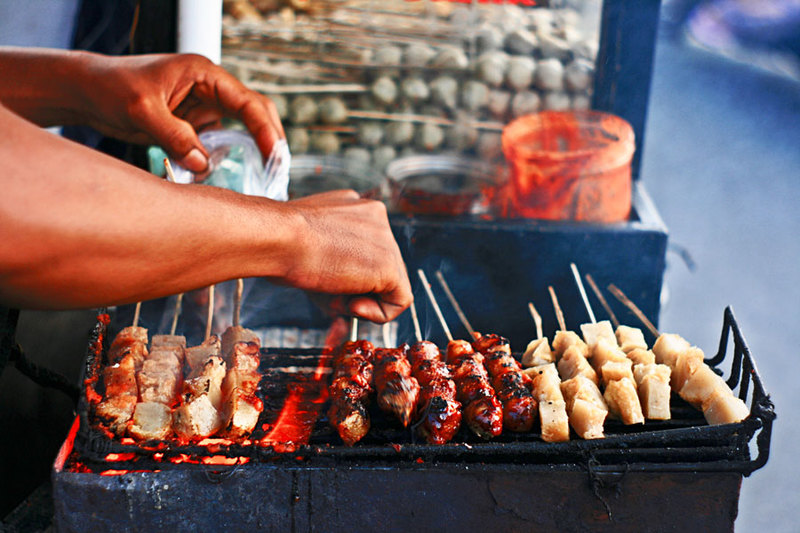 For many middle-class workers, street food vendors are a life saver. There’s nothing not to love about getting freshly prepared local food at affordable prices. It’s a burgeoning trend especially in areas near office buildings.

It’s not uncommon to see long lines of hungry workers at lunchtime, such as at Pak Aghfar’s Warung Soto Lamongan and Pecel Lele. Despite having had to move eight times – from a stall at Universitas Trisakti campus in Grogol, West Jakarta to a street stall near Setia Budi Building – Pak Aghfar has survived for 20 years and is known as a pioneer of Nasi Soto, an uber popular lunch choice for many Indonesians consisting of rice and a soupy dish.

Compared with hygiene, for most street food consumers, taste and convenience still top the list when it comes to considering where to get lunch.

"I was crossing the road, already feeling hungry, then I saw carts selling fried rice and so I stop," said Dedi, an employee at Sampoerna Strategic Building. It was 7:20 PM and he had just finished a meeting at his client’s office on Jl. HR. Rasuna Said. It’s a no brainer: affordable price, decent taste and no hassle for parking. At the same vendor Dedi bought his dinner, there were already eight other people in line.

In all fairness, thanks to its delicious options, street food in Jakarta has earned a stellar reputation. Street-side stalls such as Nasi Goreng Kambing Kebon Sirih, Ayam Bakar Gantari in Bulungan and Sate Padang Ajo Manih in Rawamangun have grown to become culinary legends.

There’s also that fried rice stall, Nasi Goreng Ojo Bangor, that a few years ago won a fried rice cooking contest held by Restoran Dapur Sunda. The business is owned by 52-year-old Basuki, who brings home on average IDR 200,000 to 500,000 every day. He claims local thugs aren’t quite a problem, but there is the fixed amount of IDR 15,000 that he and other street food vendors have to fork out every week to the local neighbourhood administration as “cleaning money”.

Next month Theresia looks at street food vendors from the perspective of the city administration. 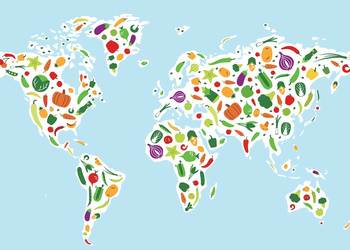 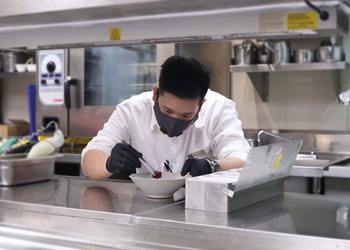 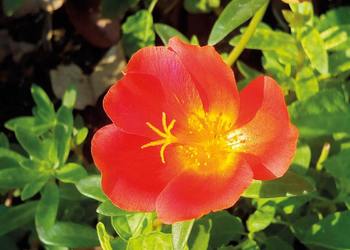 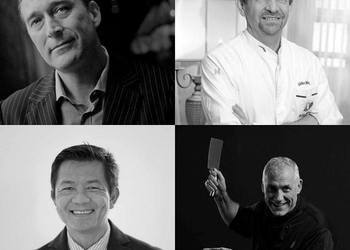 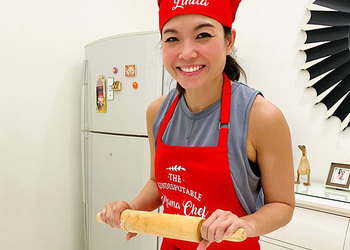