Ambiente Ristorante: Back and Better than Ever

There’s a fresh atmosphere at the newly renovated Ambiente Ristorante at Aryaduta Hotel Tugu Tani. The Italian casual fine dining restaurant is now back in operation after an extensive renovation that began last year, with a new industrial, rustic look.

Fans of the 43-year-old establishment will find the food authentic as ever, rooted in the Italian culinary tradition. The biggest change is felt mostly in the more casual ambience.

“Our clientele used to be mostly business people, but now everyone could and should come here. It’s a fun place for the younger crowd, those who enjoy dining and sharing meals with their friends. We offer competitive prices and high quality of food and service. And the restaurant also makes a great setting for taking pictures,” said Taruna Argapati, Manager of Ambiente Ristorante.

There are 16 pizza variants, among which the Ambiente Pizza is a perennial favourite. Made with Tuscan charcoal black dough and topped with Mozzarella, cherry tomato, smoked salmon, grilled zucchini, mascarpone cheese and drizzled with truffle oil, it’s definitely an indulgent pizza. There’s also Ravioli di Pesce, which is ravioli filled with squid, clam and tomato sauce. The food portions here are perfect for sharing with friends and family.

Led by Aryaduta Executive Chef Matteo Meacci, Ambiente offers dishes which are inspired by the chef’s hometown of Tuscany.

Meanwhile, those believing in fusion cuisine should go for Risotto al Rendang, which is Risotto with Indonesian slow-cooked beef in coconut milk and spices.

End your meal on a sweet note by trying a bite of Trio Cannoli Siciliani – which comes in ricotta, chocolate and pistachio fillings – or Bombe Alaska – a generous portion of meringue, mascarpone mousse, mango ice cream and strawberry jelly on a chocolate brownie base.

Chef Matteo is a household name in the Southeast Asian region. He previously worked as Chef de Cuisine at Ocha & Bella Jakarta and as Executive Chef at Ristorante Procacci in Singapore. He’s also a familiar face on Indonesian TV screens, having appeared as a guest judge of Hell’s Kitchen Indonesia, and on YouTube, where runs a cooking show called “Mamma Mia”.

Ambiente is perfect for diners seeking great Italian food with a leisurely vibe. It’s a convenient option for long lunches, as well as dinner gatherings and parties, given its wide space of bar, dining area, meeting and private rooms. Ambiente is open daily from 11 AM to 11 PM.

Another note to be highlighted is how enjoyable it is to hang out at Ambiente, just listening to the Italian music playing on the background and sipping a drink – from cocktails such as Rosemary Old Fashioned and Ciao Bella to wine, or simply a cup of Italian coffee. Buon appetito! 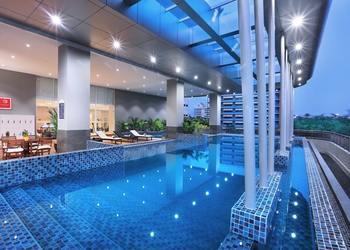 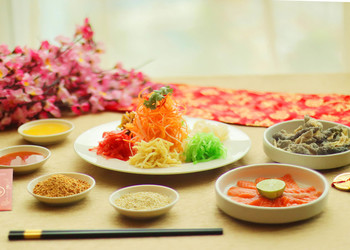 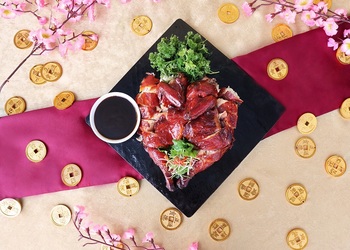 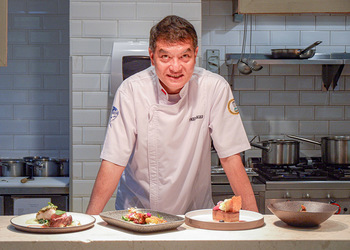 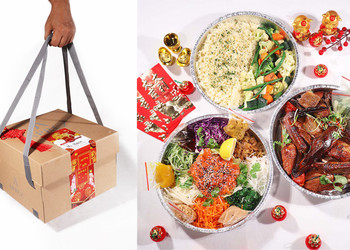