At Acaraki, Traditional Jamu Makes a Come Back and Gets a Facelift

When one thinks about jamu, a traditional Indonesian beverage, images of a rustic setting where this elixir is doled out. At Acaraki, jamu is served in a modern cafe setting with contemporary twists.

For generations, Jamu has been considered a herbal drink made with natural ingredients including various roots, herbs, ginger, tamarind and spices. Believed to have been around since the 1400s, during the Majapahit Kingdom, those who consume it swear by its health benefits that, they say, enhance overall well being. Today, however, this elixir has been pushed away from the mainstream, due to advances in medical science. While today’s society considers it a drink for older generations, Acaraki returns to the country’s roots and honours Indonesian culture in a distinct concept.

Nestled in an alley near the Kerta Niaga Building at Kota Tua, Acaraki introduces customers to a new way of enjoying jamu by way of a modern take. Jamu is processed using coffee-making equipment such as a French Press and a percolator. At Acaraki, jamu is served in both blended and filtered-style (single origin).

The jamu cafe is the brainchild of Jony Yuwono who is also director of pharmaceutical company PT Sinde Budi Sentosa. His love and experience of Jamu helped pave the way to promote Jamu to the current generation. The name ‘Acaraki’ is taken from Madhavpura inscription, known as the original title of herbal mixer in Majapahit Kingdom who worked for Javanese royal families.

One can also taste signature drinks such as Saranti, a Blend of Beras Kencur with cream, milk, and sugar that is available both hot and iced. For those who want a light herbal taste, try Golden Sparking a blend of Kunyit Asam, sugar, and sparkling soda or Rigalize, a mixture of sugar and sparkling soda, Beras Kencur. An extraction of cold jamu produced following an eight hour immersion can be sipped from a glass of Dutch Jamu.

Ridho Putra Gunawan, an Acaraki and his colleagues invite guests to talk about Jamu and its philosophy while enjoying the drink in this intimate cafe.

“We are still exploring and learning to prepare new Jamu drinks that are created based on Wilwatikta (9 ancient recipes and Majapahit life philosophy). It’s my responsibility as ambassador to tell people about Acaraki jamu and hoping more people will come and jamu will become part of a healthy lifestyle,” Gunawan said.

Soon, Acaraki will organise Jamu drink preparation classes for tourists. With its heritage location, Acaraki is definitely the perfect option for social gatherings. 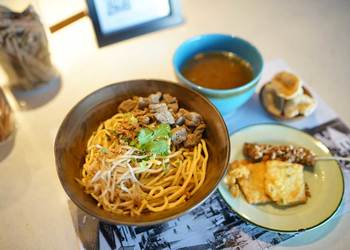 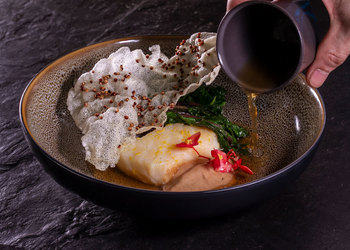 Charcoal Galore at The Dining Room 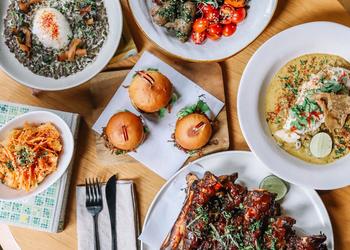 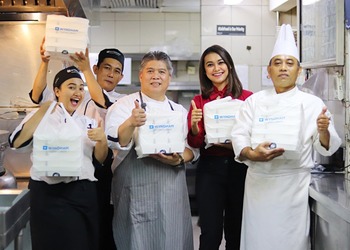 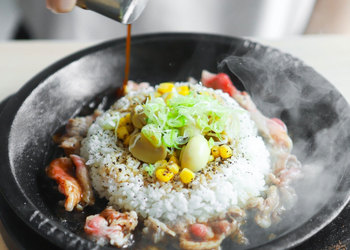