Octav Dirgantara Setiadji, who has been living in Berlin for more than three decades, developed Silat Gerak Pilihan, a distinguished style of Indonesia’s martial art Pencak Silat. He spoke to NOW! Jakarta about the challenges of promoting Pencak Silat outside of Indonesia.

When Octav Dirgantara Setiadji first came to Berlin, Germany in the early 1980s to teach Pencak Silat – an umbrella term for martial arts coming from Indonesia and the Southeast Asian region – he mainly came across raised eyebrows and puzzled looks.

“Most people here didn’t even know where Indonesia was,” he recalls. “Some of them had heard of Bali, but didn’t even realise that Bali was a part of Indonesia.”

Today, there are around 120 active students of all ages at SiGePi Institut Berlin, the Pencak Silat school he established in 2011 (there are 300 students learning the martial art nationwide), learning more about “Silat Gerak Pilihan” (SiGePi), a style which was developed by Master Octav himself and can be roughly translated as “fighting with selected moves”.

As a 13-year-old, he first became interested in Silat Perisai Diri – the Pencak Silat style prevalent in East Java in – back in 1965. His skills improved so quickly that he was soon able to teach others; mainly he trained members of the Indonesian army. He established the Silat Perisai Diri School in Bandung, which still exists today. At the same time, Master Octav studied other styles of Pencak Silat as well as ju-jitsu and judo, and worked on several Indonesian martial arts films as trainer and assistant director in the late 1970s.

“Although I was already working as a teacher, I must admit, it was very tempting to work in the film business,” he says with a smile. “I didn’t start from scratch, I was the only martial arts trainer on set and therefore had a good position, so of course I enjoyed the perks of staying in nice hotels while working on films. I did that for eight years, but when the popularity of martial arts films declined, I focused on teaching again.”

Being exposed to many different forms of martial art led Master Octav to develop his own Pencak Silat style SiGePi, which combines different techniques and moves. SiGePi itself consists of three different forms: silat as self-defence, silat as physical training, and silat as an art form, demonstrated with traditional costumes and strongly rooted in Indonesian culture, including music and dance.

The different SiGePi forms have the same basis: they all aim to have a positive influence on the students (“pesilat”) and support their development. In addition to improving physical qualities such as power, stamina, agility and overall health, the training also speaks to one’s mind: the pesilat’s self-esteem, optimism, inner peace and poise are nurtured and continue to grow through training.

“One of my students at Mandarin Oriental came from Scotland, and he was the one who planted the idea in my head to open a school in Europe,” Master Octav says. “Many of my former Bandung students had moved to Germany to study, so I thought, Berlin might be a good place to start.”

“Everybody knows Kung Fu comes from China, Judo and Karate is Japanese. But Pencak Silat is still relatively unknown, even though it is something uniquely Indonesian that we can and should be proud of."

His first lessons took place at university, mainly with Indonesian students. While Germans at first didn’t really know what to do with Pencak Silat, their interest grew over the years. Today, the picture is reversed: the overwhelming majority of students at SiGePi Institut come from Germany, not Indonesia. Some of Master Octav’s former students have since moved to other parts of the world, introducing his Pencak Silat style SiGePi in countries like the U.S.

In Germany alone, SiGePi is taught at six different sport schools across the country. It is the only Pencak Silat style taught outside of Indonesia that is recognised by the Indonesian Pencak Silat Association.

Master Octav, who is a father of five, worked at the Indonesian Consulate in Berlin – later, after the reunification of Germany, the Indonesian Embassy – and taught SiGePi in his free time. When he retired a few years ago, he finally had the time to open the institute, with classes taking place six days a week for people of different levels and ages, including courses for children and seniors.

The most popular SiGePi form is silat as self-defence, and many of the students compete on both a national and international level – which according to Master Octav is not only a welcome opportunity to show off one’s skills, but also to introduce Indonesia and its culture to the world.

At 71, however, Master Octav doesn’t teach as much as he used to.

“I have been blessed with good health at my old age, and I appreciate that,” he says. “It is more important to me now to see my students continue what I have taught them. They mostly handle the classes now, three of them are Indonesian, three German.”

Master Octav, who last travelled to Indonesia in 2004, receives a lot of support from the Indonesian Embassy in Germany as well as the Indonesian Student Association in Germany and, together with his students, he has already performed in front of high-ranking officials and politicians, including Chancellor Angela Merkel and former Indonesian President Susilo Bambang Yudhoyono.

However, when it comes to promoting Pencak Silat in the country, he still thinks there is more to be done.

“Everybody knows Kung Fu comes from China, Judo and Karate is Japanese. But Pencak Silat is still relatively unknown, even though it is something uniquely Indonesian that we can and should be proud of,” he says. “I would like to change that.”

Visit www.silat-sigepi.de for more information (German and Indonesian only). 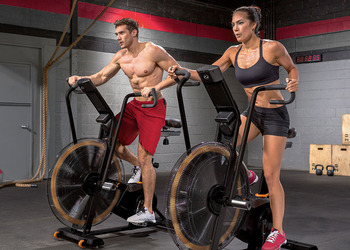 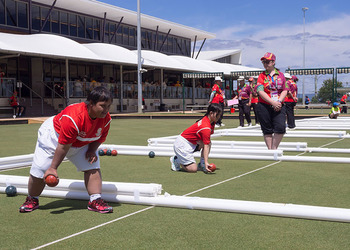 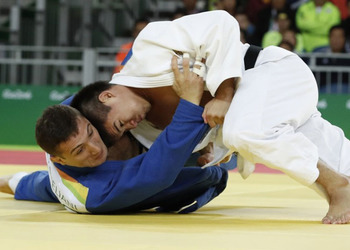 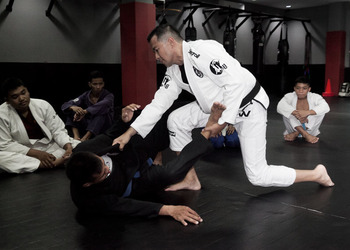 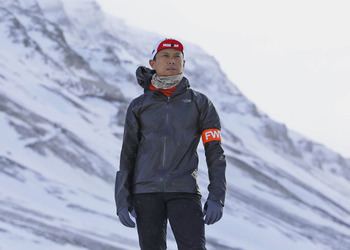