When Rocks and Gamelan Collide

NOW! Jakarta sat down with Paris-born singer Philippe Vezard and Indonesian bassist Damar to hear more about Khayalan and the Master Project, a cross-cultural rock band on a mission to inspire the world through a cultural exchange of music,

What got you into the music industry?

Damar: It all began with the ‘mainstream’ culture on Indonesia’s music industry. We should be thankful for living in a country with cultural diversity. The range of arts and culture as well as performing arts from vocal and instrumental music practised in Indonesia is extremeley diverse. I express my appreciation to my country, yet I feel sorry for the social phenomenon that has long affected the music scene here. Indonesia struggles against hyper globalisation and this affects our national music identity, which is suffering in the global music industry. For these reasons, we are obsessed to bring a refreshing new take on a fusion genre on rock music and Indonesian gamelan ensemble. In addition, we work together with Jakarta Arts Institute (IKJ) to provide a platform for local artists and musicians with the hopes for supporting and evolving their creative production.

Phil: I totally agree with Damar. Music has become such a global consumer culture thanks to globalisation, but Indonesians are suffering amidst hyper globalisation. The world is turning to a stage for pop and mainstream culture. The rise of ‘industrialised’ music leads to a loss of local music that signifies cultural aspects and characteristics. There has been a cultural grey-out here in this country where people rely on the imitation of the so-called Western culture. Local band is trying to globalise itself, yet their cultural lines are so overlapped that it is almost impossible to distinguish between what they are inventing (originality of the song arrangements) and what they are adopting from the Western culture. People are not hooked with something like this anymore! So, if you want to go abroad, bring something more unique. 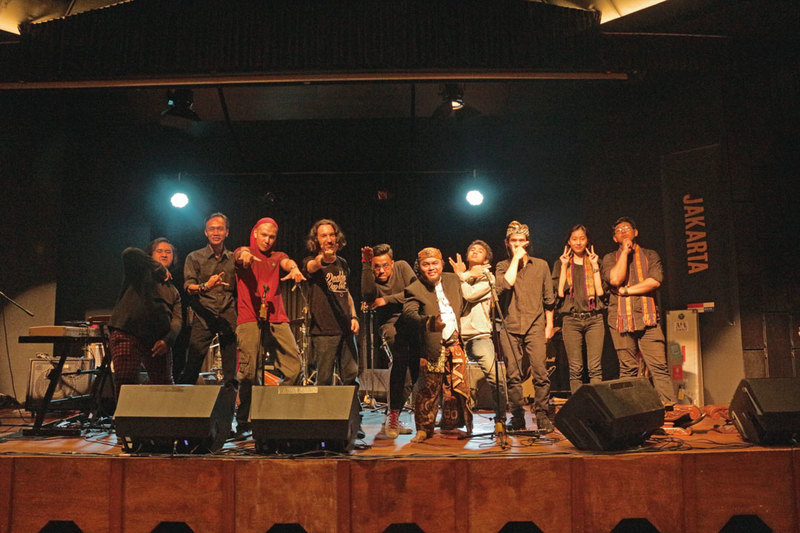 So who plays what in the band?

Damar: Khayalan and the Master Project is led by Phil as the frontman, Zack Sael on guitar, and me on bass. For gamelan ensemble, we have Fahri who plays the main instrument and Marsyaff on Kendang.

What about the creative process?

Damar: Phil has got it all actually; he manages to make the music arrangements. When he’s got the entire recording we all together will do the mixing and mastering process by blending the rock arrangements with the sounds of gamelan.

Phil: Yeah, it’s just a matter of composition and proportion of both elements! And putting together a good musical arrangement is an art itself. We try to make a balanced arrangement; not scooping out the rock part and put a little insertion on the gamelan or vice versa. By making it clearer and more balanced, I believe we will make great music. 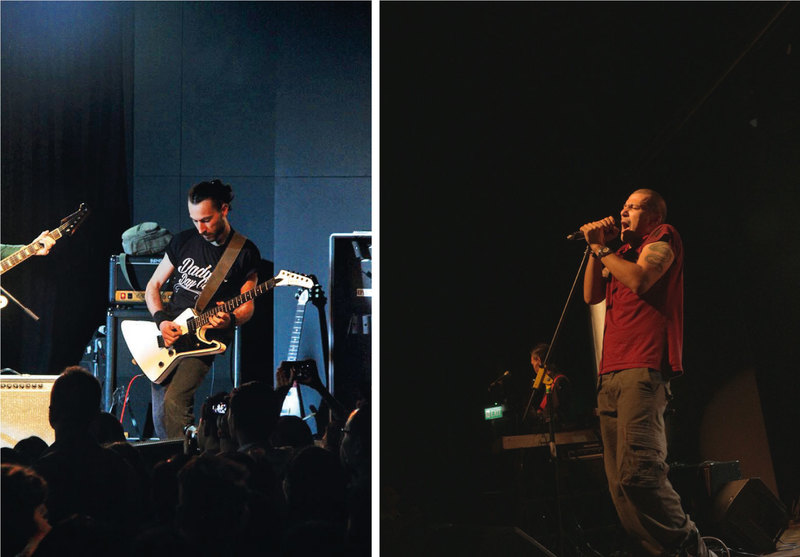 What do you feel is the best song you’ve ever released and why?

Phil: We are trying to not make self-centred projects, like, ‘I am feeling sad, and I hate myself kind of songs’, but we have to open our minds to what’s happening around us. One song that has the biggest impact so far is Smiling Lie, as it talks about hypocrisy and mental health issues.

If you could mention one thing that you want to change in Indonesia’s music industry, what would it be?

Phil: Open-mindedness of their own cultural and musical heritage. Most Indonesians are dragged into Western mainstream music and this is causing a lack of patriotism for their own culture. The essence of Khayalan and the Master Project is to make them feel proud again about their own culture through fusion music. You can see nowadays that cross-cultural music in the western world is very common; even in global music scene with some big hits – that involve Latin, K-pop and Chinese—crossover music is common, but why not Indonesian? In France there’s so many cultural and musical events, but when it comes to Indonesia, it’s all traditional and attracted segmented people only. That’s why we exist to grab the attention of both Indonesian and international community and, as Damar said, to raise awareness as well about the importance of the Indonesian heritage which is packaged in a form of western rock music. 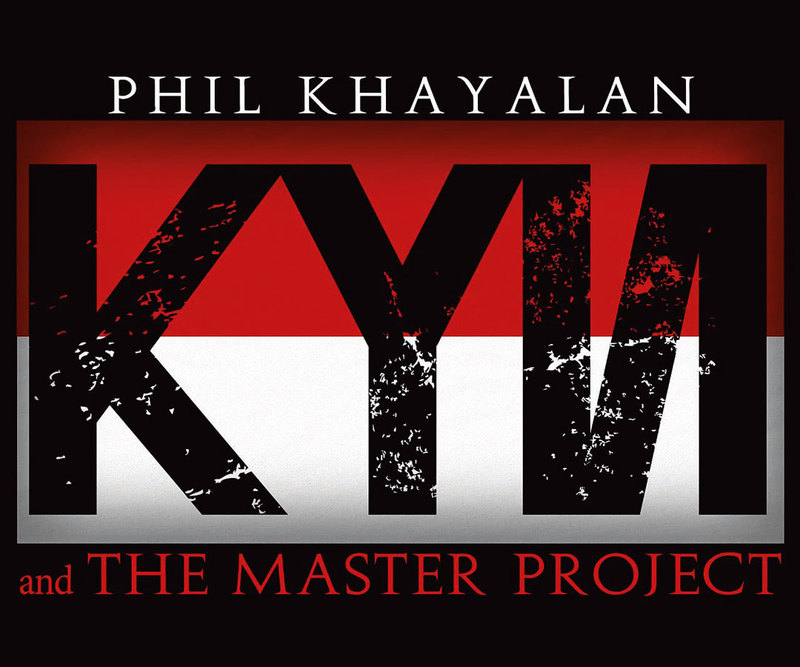 Is there a hidden meaning in your music philosophy or in the band’s name?

Phil: At first I was looking for indonesian name obviously because we are carrying Indonesian culture through western music. I also wanted poetic and classy name which I think Khayalan is (fantasy or daydream); not too common name. Personally I think that Khayalan defines our story very well. I believe that music is about escaping the reality from our monotonous life. For me as a musician, while on stage, I feel like it’s a bit awkward. You either become someone else, or you become your true self. Music is magical. We don’t really know what’s happening on stage. But for sure, something is happening, and we behave differently on stage that we would in a daily life. For example, we try to control ourselves with the energy from the crowd as well, and that’s important, I think. It actually happened at Erasmus Huis in February when we did a collaboration with a rock band from the Netherlands named DeWolff. It was such a great chemistry and totally unexpected moment, as we actually came in unannounced like nobody knew about us performing there. But the gig was super cool! 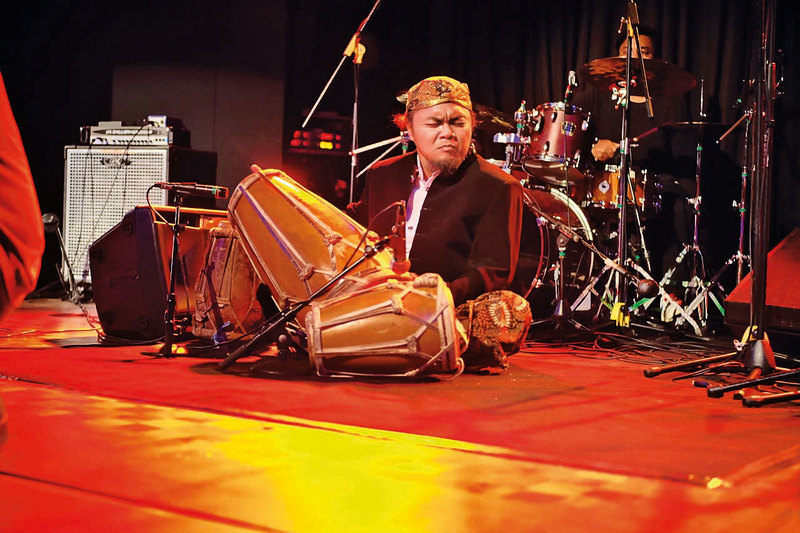 What inspired you to make music?

Phil: it can come from anywhere; personal feelings and observing social issues. The inspiration can also come from just sitting on a bench and look at people interacting with each other. You don’t have to force yourself when creating music. There’s no real basic line on how to seek inspiration to make music. It doesn’t have to come always from yourself, otherwise it’s a bit selfish I think. So you have to observe a lot when it comes to inspiration.

Damar: It’s true! There is a series of social issues that we highlight on some of our songs, like Garuda that was written by Phil which represents patriotism. Garuda expresses how sorry we are to feel for our people who lack of patriotism in a diverse cultural heritage.

Any future projects you are excited to share with us?

Phil: Obviously a world tour! We are planning to begin from my hometown in France. Also, I think that France is a good way to start for its cultural diversity and open-mindedness to music development.

Follow @phil.khayalan.getah for more recent updates of the band. 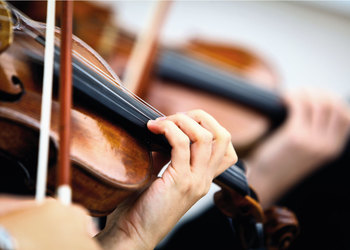 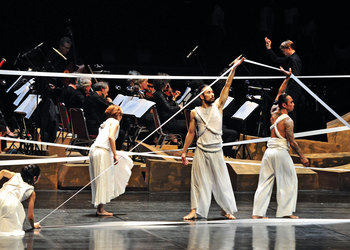 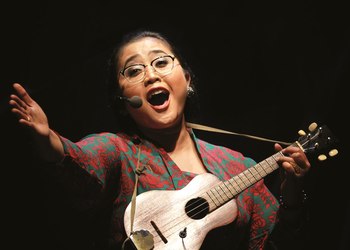 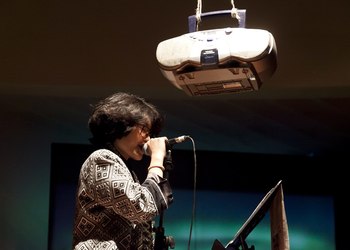 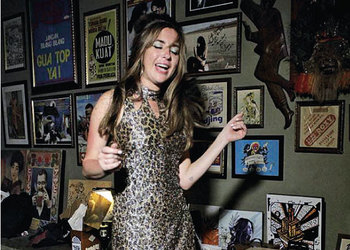