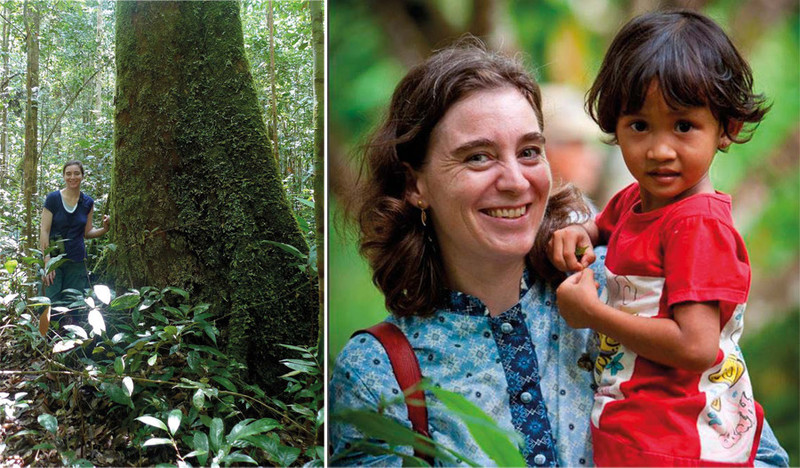 Our planet is an amazing place, but it needs our help to thrive! That’s why each year on 22 April, more than a billion people celebrate Earth Day to protect the planet from destructive forces like pollution and deforestation. To commemorate the day, an inspiring story about how our brothers in West Kalimantan were moved to stop illegal logging to make our world a happier and healthier place to live. You can join them too -if you care!

Kalimantan is  home to incredible biodiversity and rainforests that support people’s lives. At the same time, the island is also facing a serious issue of illegal logging by some local communities which threatens its sustainability. Most of us are probably outraged by their actions. But do we know the reason behind what they did? Just to earn money for a living? Yes but of course, it goes beyond that and until we hear Dr. Kinari Webb, an American philanthropist and also a Founder of Yayasan Alam Sehat Lestari  (ASRI Foundation, or the Sustainable Healthy Nature Foundation) who has been working together with communities living around the Gunung Palung National Park to save their forests, we will not understand the whole situation.

What are you most concerned about, regarding environmental issues nowadays?

I think the thing I'm most concerned about is our planet in terms of climate change. Based on the Intergovernmental Panel on Climate Change/IPCC report, we have so little time to keep the planet in a stable climatic zone. Just eight years from today to limit global temperature rise below 1,5 to 2 degrees celsius. If we start to get into two degrees celsius range, we like disasters and pandemics, and people who survive will live in terrible conditions and the planet was get worse and worse. Basically, that is what we are really looking at. I mean I don’t want to scare people and I think that is one of the problems is that when people talk about climate change they are afraid to scare people. But at the same time if we don’t recognize how serious it is we can’t do anything about it.

I think people often don’t realise how important the rainforests are. Rainforests store a huge amount of carbon but also they have 50% of the world’s biodiversity which is very important for humans and for the stability of the planet. They also create rain not only for local people but also for all around the world. Unfortunately the way of economics doesn’t give value to standing forests, so they cut them down and made palm plantations. Whereas Indonesia has incredibly valuable gifts to give to the world, which are rainforests. And, the world should give the gifts back to Indonesia. 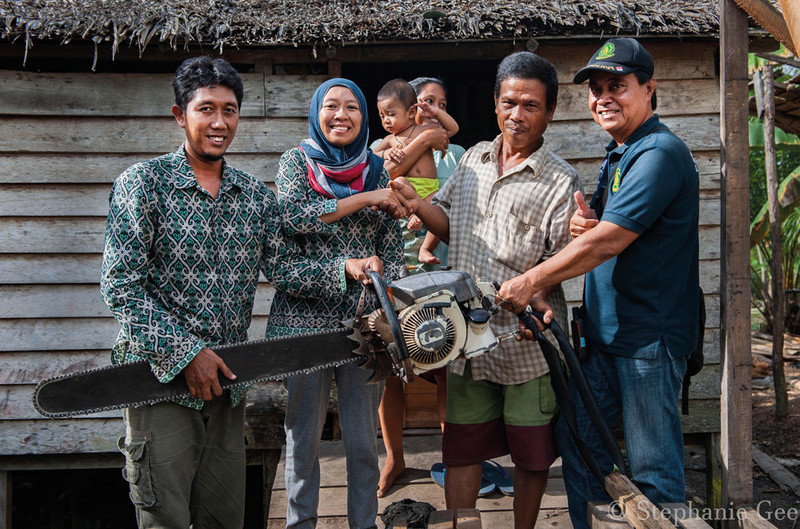 How do you and ASRI Foundation approach the local communities  to stop illegal logging in West Kalimantan?

What we’ve done in ASRI is tell the people. “You guys, you have such precious gifts, you can protect the forests”. It just broke my heart to see people work by cutting down the trees usually because they didn’t have access to the health care. We listened to them and we discussed. They said they need health care and need training to improve their farming, so we did that. Over the 10 years we worked with them, the world gave USD$5,2 million to those communities. It’s a lot, right? We’ve built a medical center which took care of 80,000 patients. We gave organic farming lessons and reforestation, and we gave goats to widows. What the world gave was a lot but what the communities gave back to the world was much more valuable. Just for the carbon in the primary forest they gave back USD$65 million, that doesn’t count the 21,000 hectares of regrown rainforests, it doesn’t count the carbon reduction programme, it doesn’t count of biodiversity and the benefit of the water saved.

What kind of message do you want to convey to the urban community?

ASRI works in two places in West Kalimantan, in the Gunung Palung National Park and Bukit Baka Bukit Raya National Park. I think people in Jakarta do not often realize that the communities in Kalimantan are protecting our health and wellbeing. Urban people must know that people who live near the forest want to save their forests. We don’t blame the loggers, I always want to know their reasons why they cut down the forests. They love their forests and they want to protect their forest. But, if their children are sick, what options are there? How do they make enough money for that? This is my experience throughout Indonesia and the whole world actually. Local people often want their ecosystem to be healthy, only they can’t stop their actions because they had no other choice. So, that’s what we’ve done, ASRI gives people another choice in order to not cut their forests. I don’t have to change their minds. If we try to change their minds, I don’t think we could. But, what we’re doing is just simply asking them what they need to not log the trees. We need to work together with them so they have a choice and so that we can understand and find the solutions.

One man said to me, this man is the head of a village in an area where we work. He said “The people in this hamlet were pioneers for the world for how they can live in balance with nature. Now we want to teach the world”. And it is true that they are pioneers. 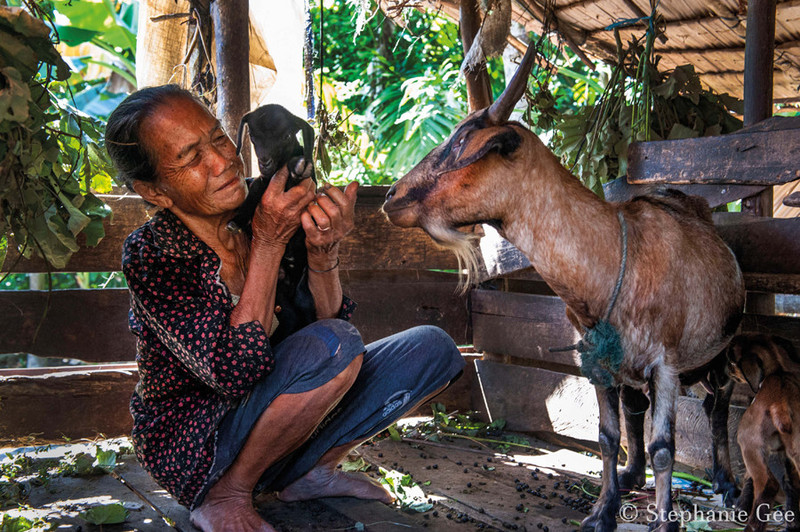 Can you tell us how we can all care for the earth?

The most effective thing we can do is work with the people who live near the forest. You can imagine, in Gunung Palung there are 500,000 people on average and if one person reduces the amount of carbon generated that is very good, then if this influences more people the impact is so much greater just because one person’s behavior changed. Personal behaviour changes like becoming vegetarian, reducing the amount of meat you eat certainly helps but that’s not the biggest thing you can do. Demonstrating to other people they should also change their behaviour, is very good.

We hope that ASRI can become an example for all of Indonesia for example ASRI’s medical clinic accepts non-cash payments, bartering plant seeds, agricultural needs and handicrafts with natural materials and services. In addition, the status of the hamlet and its environmental conditions also determine the amount of medical costs. The more preserved the environment, the greater the discount on medical expenses. So the villagers see a direct benefit of preserving their environment. My vision is that every community living near a forest can get a discount to pay their BPJS  if they can protect their forest. If they don’t have enough money to pay, they can pay with plant seeds or seedlings. So, the Ministry of Health can work together with the Ministry of Forestry on that. And Indonesia can be a good example with its planetary health concept which the world can follow what Indonesia is doing.

Thank you Dr. Webb, we are very proud of the work you are doing and hope that your wonderful example can be followed by many more organisations and especially the two Ministries. Great idea! 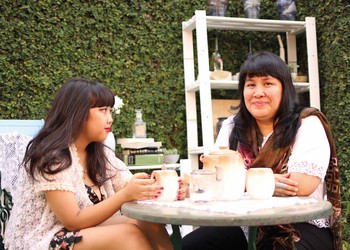 Writing the Book on Mother-Daughter Relationships 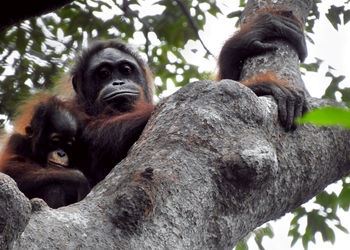 The Role of Palm Oil in Orangutan Conservation 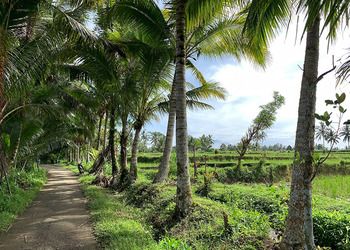 The BaliCore Expedition: A 10-day, Coast-to-Coast Walk Through the Heart of Bali 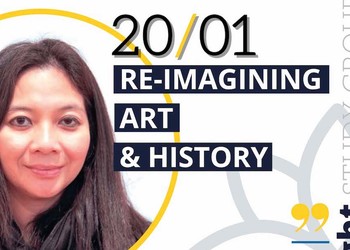 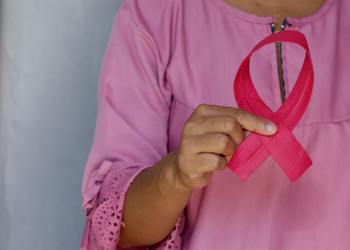