NOW! Jakarta sat down with H.E. Ishii Masafumi, Japanese Ambassador to Indonesia before the outbreak and talked bilateral happenings and how the two countries continue to develop strong ties.

There was a recent meeting between The Minister for Foreign Affairs of Japan and The Coordinating Minister for Maritime Affairs and Investment RI in January this year, following the honorary visit of the Minister to the President of The Republic of Indonesia. Please clarify the content and results of these important meetings as much as you can.

Obviously the basic idea was to continue to support the new administration, with resource development being the first priority. We introduced new measures last year including the potential for Indonesians to work in Japan to assist this aspect. Then there is the support for increased investment and then for infrastructure building including the development of the MRT and the Jakarta-Surabaya railway project.

We would like to see more exports which we see as a win-win scenario: Japanese industry here has the capacity to increase exports. We also want to help to reduce the gap between rich and poor and also between the regions. One example of this is our Outer Islands Initiative where we are helping to develop six outer islands. This includes the development of a consolidated fish market including storage. Fishery is very important as a regular source of income.

Japan continues to be very active in the support of Indonesian infrastructure development, including biogas generators in Wajo South Sulawesi and a loan for Central Sulawesi infrastructure. What is the strategy behind these important initiatives?

The requests for these projects came from the Indonesia government. In 2018, to celebrate the 60th Anniversary of diplomatic relations we initiated Project 2045, to foresee what Indonesia will be like then and what their needs might be. (In Indonesia: Vision 2045 by Bappenas). We identified three common targets:

These are the guiding principles for cooperation with Indonesia.

For us to become Top 5 GDPs, infrastructure is crucial: highways, ports, MRT etc. Secondly sustainability beyond SDGs 2030 needs the outer Islands Project and projects like the Sulawesi Biogas Generator where we can offer specific help. The latter is a small community based project to harvest water hyacinths (which are very fast growing) from a lake where they are disturbing the fishing, so this is good for the fishing community. But we make use of the plants to make fertiliser and then gas for household use. It’s unique and very sustainable, and helps everyone!

Sustainability is the key word for economic assistance but if you can’t use state of the art technology we have to adapt local technology.

You have recently awarded two Indonesian nationals Bapak Indra Kartasasmita and Bapak Djoko Santoso with The Order of the Rising Sun. Please explain the reason behind these prestigious awards and their significance.

Both of them are long term friends of Japan and are much deserving for what they achieved. Pak Indra has been supporting the alumni activities and led the establishment of Darma Persada University. He is also a proponent of a Japanese martial art Shorinji Kempo and one of the founders of Indonesia Shorinji Kempo Federation.

Pak Djoko is also in the education field being the formerDirector-General for Higher Education of the Ministry of Education and Culture who facilitated Indonesian students to go to Japan. He doubled the number of students from 2200 in 2010 to 4700 in 2018. He holds doctoral degree and has also supported the exchange of students in faculty of engineering.

What do you think are the most important aspects of the current Japan – Indonesia relationships are? Has this changed over the last few years?

Not much has changed, we are growing together. If there has been change it’s because Japan needs Indonesia more. The relationship is more equal than before, that’s the kind of change taking place.

We have shared common beliefs. We are both archipelagos, so we need safety and security in navigation. We are both democracies and need forgiveness.

Our natures are complimentary: Japan is an aging society and Indonesia needs capacity and human resource development. So if there is a chance for Indonesians to work in Japan, they can quickly develop. Japan needs to export to boost the economy Indonesia needs its major sectors to increase for foreign exchange. It’s very complimentary.

Thirdly we are friends with common interests. As Asians, we have a quite similar way of thinking as well. Of course there are still issues but we sit and talk together to solve them. Japan will come to need Indonesia more.

Investing in Indonesia is good for our companies but business here is not easy, because of tax interpretations, etc. I think our businesses know what they want and what’s good for Indonesia, and they compiled their input for President Jokowi’s administration, so they know what Japanese business wants to happen. We hope these considerations are taken into account, for example employment and taxation issues have already been submitted, and we hope some of our concerns are handled nicely! But if not - it’s not the end of the world - we will continue to advise and monitor. We enjoy working with President Jokowi’s administration.

Japan remains a hot favourite for Indonesian tourists and vice versa. What is Japan doing to increase the Indonesian arrivals and to spread them around the country (not just Tokyo – Kyoto)?

Last year there were 410,000 Indonesian visitors to Japan (combined tourism & business) and in 2018 530,000 from Japan to Indonesia. Japan National Tourism Organization (JNTO) does two campaigns a year, with the main thrust coming from the Indonesian travel industry. The first question now is ‘What are the best destinations?’ Indonesian travellers product knowledge is increasing and growth developing naturally helped by the ‘selfies at Mt. Fuji and Cherry Blossoms’. There is very high potential for further growth especially in the Muslim friendly sector: halal restaurants, places of worship, local governments opening with more information. There is high potential for Moslem tourism.

Japan has to find more visitors ‘Hot Spots’, and the Indonesia government has its program to promote initially five “New Balis” including Labuan Bajo which is popular with divers. The Ministry of Tourism always have a booth in our travel fairs to promote their destinations.

We see continued growth and development across all sectors. 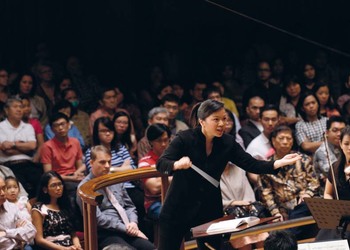 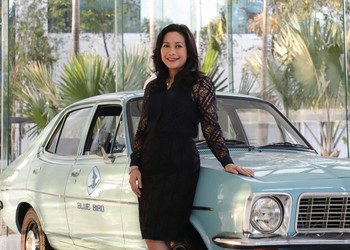 Bluebird Remains in Flight: An Interview with Noni Purnomo 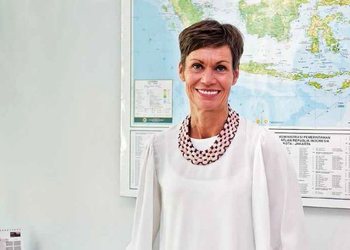 A Brave Approach by Sweden - In Conversation with HE Marina Berg 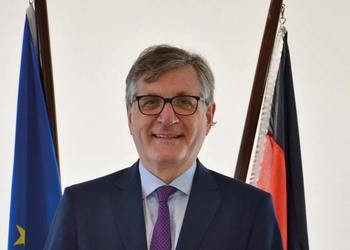 Indonesia and Germany in the Spirit of Multilateralism