The Seven Wonders of Banyuwangi

Banyuwangi has been successful in driving tourism. In the last five years, the district widely known as “The Sunrise of Java” has become a popular tourist destination among local and foreign travellers. From beautiful white sand beaches, national parks, electrifying craters in the mountains to ancestral traditions, Banyuwangi is worthy to put on your travel agenda. The following is a list of sites that one must visit.

Ijen Crater
Designated as a biosphere reservation area by UNESCO in 2016, Ijen Crater stretches a total of 2,560 hectares on Mount Ijen in Licin district. One of the most dangerous in the world, it occupies the largest caldera in Java which is formed by the eruption of Mount Ijen with a width of 6 m. The crater has a depth of 200 meters and its turquoise water is acidic. A blue flame appears on the surface of the sulphur mines and the sunlight bounces off the surface of the water and creates gorgeous colours. In addition, the panoramic splendour of Mount Merapi, Mount Raung, Mount Rante, and others can be seen clearly from the crater. And all of this is accessible by climbing around three hours from Paltuding.

G-Land (Plengkung Beach)
Internationally renowned as a surfing destination, the word “G” in “G-Land” comes from Grajagan, the name of the bay where  waves at heights of six metres draw in seasoned surfers. It’s an amazing beach surrounded by virgin tropical forest.

Alas Purwo National Park
Covering 43,000 hectares of land consisting of savanna, mangrove forest, beach forest and lowland tropical forest, the jungle embracing its beaches appears to have material straight from the sea. It is home to rare and endagered mammals, including the Asiatic wild dog, wild oxen and leopards. Thousands of migrating birds visit its pristine forests each year and turtles come to lay their eggs on its secluded beaches.

Baluran National Park
The only place in Indonesia which looks like an African savanna. It boasts 444 species of trees and is home to 26 mammal species such as Java water buffalo, leopard, mouse deer and mangrove cats. Additionally, Baluran is home to 15 types of birds. It has two main stations. Bekol is located in the middle where you can observe animals from the tower. Bama is a place on the beach where you will find simple accommodation.

Mount Raung
This active volcano is part of Ijen mountain whose highest peak is 3,332 metres above sea level. It provides two popular trekking routes,  via Sumber Wringin and via Kalibaru Jember. The volcano began showing signs of activity in 2015, when it began to eject material causing a dust cloud.

Meru Betiri
One of Java’s finest parks features magnificent coastal rainforest and abundant wildlife in 580 sq km territory. It is known as the natural habitat of the striped local Java tiger. Today, the park still conserves rare and endangered wildlife species, such as the amazing Rafflesia zollingeriana flower and the Javanese flying squirrels. It also has an 8.54 km square marine area, with pristine beaches in mesmerising nature, hidden away beyond the lush green rainforest of the vast park.

Tabuhan Island
The ideal place to go kite boarding and windsurfing is on its spectacular marine gardens. The coral reefs are home to myriad shellfish, sponges, crayfish and marine plants. Clear waters here make it a great area to snorkel and scuba dive. On land Tabuhan also protects endangered maleo bird (black feathers) that is normally found only in Sulawesi island and hornbill.

Getting here:
Situated in the eastern tip of East Java, around 239 km east of Surabaya, Banyuwangi can be reached by train or by flight from Jakarta or Surabaya. From Bali, there are daily flights. Or you could travel overland and catch the ferry at Gilimanuk port, on the Western tip of Bali which sails to the port of Ketapang at Banyuwangi. 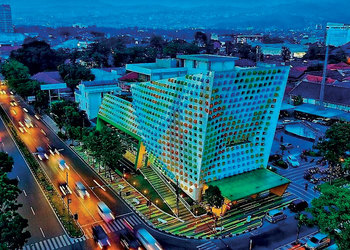 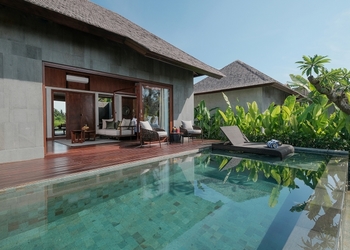 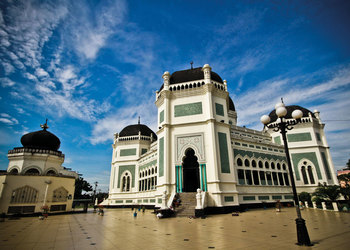 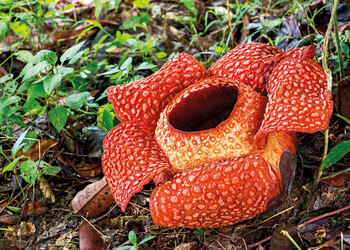 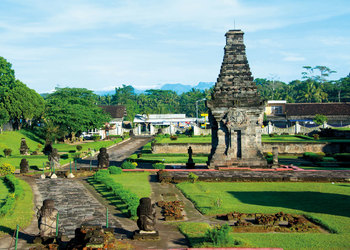