Many countries around the world are currently examining the third surge of Covid-19, preparing to re-impose lockdowns and mitigating efforts as data shows the rising trend of confirmed cases could be worse during the chilling season. Tropical counties including Indonesia, are warning their citizens to be aware of a potential outbreak in the rainy season.

Reports from the frontline show an indication of the arrival of the Covid-19 third wave in October as researchers and health professionals have made hypothetical deductions that colder temperatures during fall/winter could lead to a re-emergence of the infectious disease. Public health agencies urge communities to be more cautious in protecting themselves as seasonal health issues including influenza could make everything worse.

In the UK, the top government adviser warns the third wave of corona virus has put the country in a conflict as to whether to re-impose a stricter health protocol scenario or not since the country’s economy has plummeted. In conjunction with the presidential election in November, the United States is also facing a substantial third wave of coronavirus cases with the spread of the contagious disease in the rural areas remaining dangerously high and could push even higher ahead of the flu season.

For months, health officials have warned of this insidious rise in colder temperatures which specifically points out the counties in Northern Hemisphere as the new cases in the US and Europe are underway.

“Our worry has been that we would see a fall wave, that we’d see a big resurgence in the fall. And that has really been something I think all of us in the public health community have been worried about for a while.” Said Justin Lessler, an associate professor of epidemiology at the John Hopkins Bloomberg School of Public Health to CNBC.

Meanwhile, the middle eastern countries such as Iran are preparing for the third wave of Covid-19 with the confirmed cases climbing up, making the nation among the top 20 with most cases in the world. Recently, Malaysian Minister Muhyiddin Yassin proposed to declare a state of emergency to deal with the surge in Covid-19 cases.

Health experts also warn that the third wave could be the deadliest — possibly largest Covid-19 wave — if there is no comprehensive mitigation to tackle the pandemic.  Many consider the climate as one important key factor to be able to survive during extreme weather.

Indonesia is now entering the rainy season with rising intensity of rainfall since mid-September. Every year, the rainy season in this tropical nation causes recurring health issues and the threat of natural disasters.

According to the forecast by Meteorology, Climatology and Geophysics Agency (BMKG), the rainfall in Indonesia will reach at its highest intensity in November, December, January and February 2021 with a moderate level of La Nina and monsoon, according to newswire Antara. Early this year, the local agency released that Jakarta’s rainfall this year hit record highs compared with years prior, up to 377 mm rainfall per day.

Floods and landslides used to be an annual threat for many Indonesians in the rural and urban areas as the recurring situation over the year has resulted in the sanitary problem that harms people in catching colds, flu, and diarrhea. It’s going to be a “Rub salt into the wound” which will make a difficult situation even worse for people who at the moment are just trying to survive the pandemic.

Indonesia’s Covid-19 Task Force has anticipated the possibility of recurring natural disasters in order to minimalise the risk of Covid-19 transmission in different locations including at evacuation camps through a contingency plan.

“To minimise the transmission clusters in the locations affected by a natural disaster, we adjust the mitigation to non-natural disasters, the ongoing Covid-19 pandemic. Evacuation camps for the victims of disasters will be completed with the sanitary standards to avoid the potential Covid-19 cases and other diseases emerging in the area,” said Wiku Adisasmito, spokesperson for Indonesia’s Covid-19 Task Force.

Adisasmito added that the community must remain cautious about the situation and potential threats in their area by practicing the health protocols, boosting the immune system, and preparing for self mitigation for the worst-case scenario. Self-mitigation and protection are the last effective measures since the challenge facing the rural area is the lack of health personal and hospitals that could support the public if there is a rising transmission in the location.

In January 2020, as the area of 156 km2  in Jakarta was covered with flood and forced a total of 36,445 people to be evacuated. Epidemiologists warn that Jakarta may face a weight on crises in handling a spike of patients in the hospitals as patients with seasonal diseases may also need intensive care while the front-liners from health institutions need also to be allocated to help the victim of the disasters.

All in all quite a lot of things to be very aware of and to take increased measures for safety. 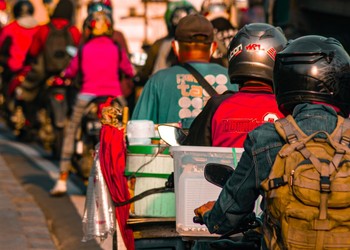 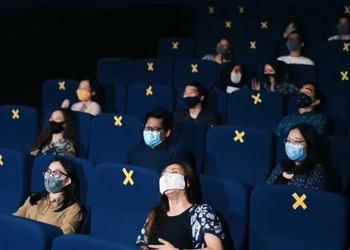 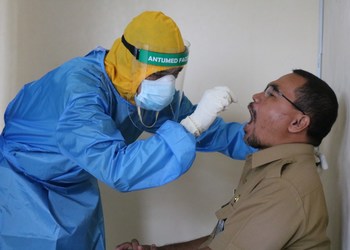 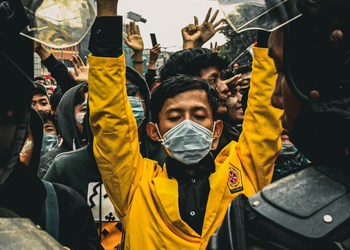 The Never-Ending Covid-19 Crisis and its Social Consequences