Sally Deane is Senior Trade Commissioner and Minister-Counsellor (Commercial) for Indonesia, based in Jakarta.  In this role, Sally is responsible for leading an experienced Australian-based and locally engaged team to promote and facilitate trade, investment, education and tourism ties between Australia and Indonesia.

Prior to taking up her posting in Jakarta, Sally held a number of senior roles with Austrade including in human resources, government relations, corporate policy, ministerial and parliamentary services, and international liaison.  Sally holds degrees in Economics and Science (Psychology) from the Australian National University.

We were fortunate enough to get a comprehensive interview with Sally Deane. Here is the interview in full:

1. What was the most important learning for you coming out of the AIBC Conference?

It’s hard to narrow down the learnings from the AIBC conference down to one as there were a number of important insights to emerge from the conference in Darwin.

That said, I think the thing that stood out most was the value of being able to come together and engage on issues of mutual interest.  Having not had the opportunity to meet for nearly three years (the last IABC / AIBC conference was in November 2019) it was wonderful to see the passion in the room for deepening the Australia – Indonesia bilateral economic relationship and to hear the views and perspectives of a range of people on what we can do, and how we can work together, to lift the trade and investment levels between our two countries.

At a broader level, the Conference also served to put a spotlight on why the economic relationship between Indonesia and Australia matters so much to both countries.

As near neighbours, Indonesia and Australia have a healthy trade and economic relationship with two-way trade in goods and services worth $17 billion in 2021. But when you consider the size of our trade relationships with others in the region there is more to be done.

Two-way investment between Australia and Indonesia in 2021 was worth around 5 billion AUD so there is clear scope for us to invest more in each other’s country.

Our people-to-people links are also strong but offer room to grow.  Indonesia is Australia’s ninth large market for international students and in the year ended June 2022, around 26,900 Indonesians visited Australia.  Australians have also begun returning in large numbers to their number one holiday destination Bali.

But there are other reasons why the Indonesia – Australia relationship is important.

The Indonesian economy is already the world’s 15th-largest economy and is on track to be the fourth-largest in the world by 2030.

It’s also a consumer market of over 275 million people, and it’s right on Australia’s doorstep.

Indonesia has an expanding middle class and with around half of Indonesia’s population below 30 years old, there is a growing demand for high-quality and sustainable agrifood and consumer goods, education and training, and innovative knowledge-based services and technology.  These are all areas where Australian businesses have the capabilities and capacity to partner with Indonesia.

2. What actual actions are you going to take as a result of the discussions you had there, if any?

It is the role of the Australia Trade and Investment Commissions (or Austrade) to help Australian companies engage internationally which is why forums such as the AIBC are so useful in understanding what practice advice and support are needed to help them reduce the time, cost and risks associated with international business, and to connect and learn from others with similar goals or experiences.

For Indonesia specifically, we see a clear need to raise awareness in the Australian business community about the opportunities to enter or expand in this market.  That is why during 2022 we worked closely with the Australia-Indonesia Business Council (AIBC) and the Department of Foreign Affairs and Trade (DFAT) to deliver a series of seminars across Australia titled “Time to take a fresh look at Indonesia”.  In 2023, we plan to do more in this space.

In 2023, we are also planning a range of activities and events in Indonesia aimed at promoting Australian products and services as well as opportunities for Australia and Indonesia to partner together in both traditional and emerging sectors.

And off the back of Indonesia’s success as the G20 host, and now as the host of ASEAN, we expect a number of senior Australian Government officials to visit Indonesia, so we will look to use those visits to strengthen business ties and people-to-people links.

3. What are you hoping or perhaps influencing, your key partners will do to make progress better and faster?

We will continue to work closely with key partners such as the AIBC, the Indonesia Australia Business Council (IABC), KADIN, key Australian business groups as well as colleagues from across the Australian Federal and State and Territory Governments to identify ways to foster collaboration and deepen our trade and investment ties.

We also expect that our efforts to raise awareness of the opportunities in Indonesia will encourage greater numbers of Australian businesses to consider entering or expanding their presence in the Indonesian market.

We also want to continue to work with important partners such as Katalis to help Australian and Indonesian businesses pursue mutually beneficial commercial opportunities and help realise the benefits arising out of the IA-CEPA.

4. What sectors do you see as:

For agriculture and food, Indonesia’s growing population is increasingly wealthy and rapidly urbanising which is changing consumer tastes and presenting opportunities for Australia to capitalise on its reputation as a trusted and reliable supplier of premium, sustainable and high-value food and produce.

For resources and energy, Indonesia’s shift to downstream processing is driving opportunities for Australian METS suppliers in areas such as contract mining, vocational education and training, energy and engineering services, and mine site preparation services. Indonesia’s increasing focus on safety and standards, environmental management and operational performance are also areas where Australia is well placed to partner with Indonesia.

Indonesia’s ambition to accelerate its energy transition is an area where we see great potential for Australia and Indonesia to work together. Australia has expertise in solar and wind generation, energy efficiency technology solutions (eg. smart grids and other innovative grid solutions) and specialised intellectual property for renewables. This is generating interest from Indonesia in working with Australia in areas such as renewable energy and carbon reduction technologies.

Turbocharging human capital development is one of Indonesia’s top priorities and one that Australia is well placed to work with Indonesia.  Australian universities and VET providers are already engaged in Indonesia, and the successful opening of Monash University’s campus in Jakarta (the first foreign-owned campus to open in Indonesia) has shown there are opportunities for new and innovative partnerships.

Across Indonesia’s health and aged care sector, there is a growing demand for quality healthcare solutions and access to digital solutions.  This is driving opportunities for Australia to partner with Indonesian private healthcare providers in the provision of aged care, training, digital health, medical technology and modernisation of healthcare facilities.

With a booming digital economy and a market of more than 270 million to serve, a new generation of tech companies and leaders is emerging across Indonesia. This is opening up opportunities for Australia to partner with Indonesia in areas such as cyber security, digital infrastructure, fintech and digital health.

With Indonesia driving the largest infrastructure build in its history – including the development of the new capital city, Nusantara – Australia is well placed to partner with Indonesian infra players in areas such as energy-efficient construction, smart building technologies, water and wastewater management and digital infrastructure.

b) having the greatest challenges, and what should be done to overcome them.

Lifting Australian investment in Indonesia and encouraging more Australian businesses to consider Indonesia as part of their international expansion plans are two areas where we are continuing to focus our efforts.

Indonesia wants more foreign investment and is looking to Australia, as a near neighbour and strategic partner, to lift its stock of investment in the market.  This is in part why newly elected Australian Prime Minister Albanese brought a senior delegation of Australian CEOs to Indonesia for his first bilateral visit just two weeks after the election. It is also why the Assistant Treasurer led an Australian investment delegation comprising representatives from Australia’s major super funds and major institutional investors to Jakarta in August this year.

Australian Government programs such as KIAT (Indonesia-Australia Partnership for Infrastructure) and Katalis (the IA-CEPA Economic Cooperation Program) as well as the Blueprint for Australian trade and Investment with Indonesia will continue to support efforts to drive economic growth, catalyse business between Indonesia and Australia and provide practical and strategic guidance to businesses seeking to enter the market.

And Austrade, through our presence in Jakarta and Surabaya will continue to look for practical ways to help more Australian exporters to engage in Indonesia and will work with relevant government and business groups in Indonesia and Australia to identify ways to encourage greater two-way trade and investment. 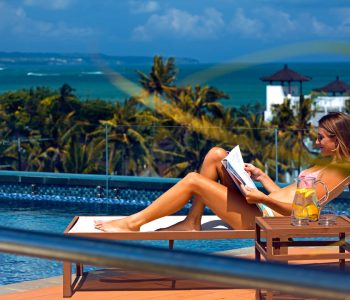 Experience an Autograph Stay at The Stones ─ Legian, Bali 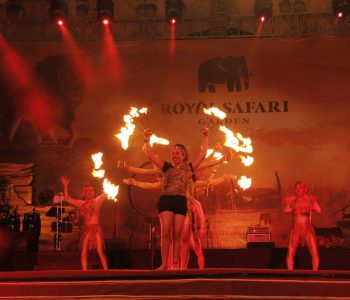 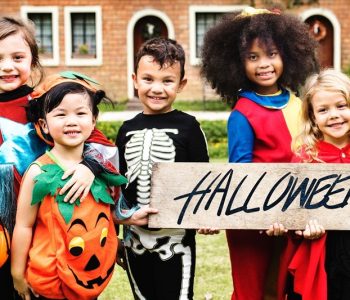 Where to Rent Halloween Costumes in Jakarta 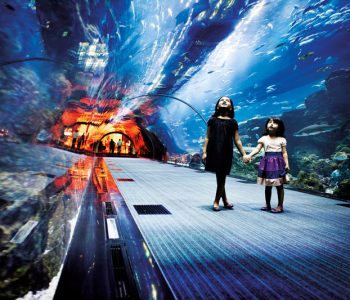 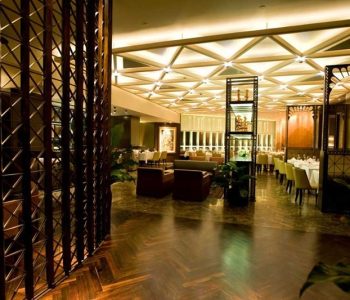 What’s on AMUZ Gourmet and Artoz Bar: The Macallan to Argentinian Wine Dinner