Think of an end-of-the-world spot, think Pacitan! These rugged and remote beaches in the southwestern province in East Java are not only beautiful, they are truly magical.

The landscape and setting along the rough sea is one of these natural wonders, which remind us, that our ancestors believed that the earth was a disk and the horizon would be the edge of the world. 17 beaches are stretching along the sparsely populated Pacitan coastal line. There are just steep cliffs, rough seas, stretches of sand, some bushes and mangroves. Most of all – unpolluted and unpopulated places can still be found.

Pacitan municipality is doing its best to make this once remote place, a two hour drive from Solo or Yogyakarta, more accessible. The beaches are pristine, but the high waves and some rocks in the shallow waters aren’t the most conducive areas for swimming. The surfers, however, made up the largest number of tourists flocking to the area, and the local government has now invested in infrastructure. Today there are lots of food stalls to attract more day tourists. Klayar Beach has some scenic rock formations, while Buyutan Beach thrills with a cliff scenery qualifying as an Instaworthy destination.

West of Pacitan on the way to Yogyakarta is another hidden gem: Gunung Kidul. This area is worth seeing because of its magnificent limestone cliffs, which house hundreds of caves and underground rivers. On the way from Pacitan one drives through rice fields, partially replaced by cassava tree plantations, as the soil of Gunung Kidul area is not suitable for rice crops. A spectacular beach along this coast is called Timang with the impressive Panjang Rock Island, also known among locals as the best place to catch rock lobsters. The massive rock, placed in the midst of high waves facing the beach can be reached by a “cable car” or a suspension bridge, which are both genius constructions and easily could serve as the setting for the next “Mad Max” movie!

Mainly local tourists flock here to take a great selfie on the swaying suspension bridge, with swirls of rough waves below and some high-splash waves showering the adventurers daring the crossing ( IDR 100,000 per person). The “cable car” is  a rather obtuse construction, but seems to be safe. It can carry just one person. Hand driven by  three strong men, it is certainly an adrenalin kick (IDR 150,000 per person). For the 3.3 km path, down to this beach a four-wheel drive car is recommended. The nearby village does not only offer four lobster restaurants, but is also the gathering spot of a gang of youngsters offering Jeep rides at IDR 350,000 per car or IDR 70,000 per person, getting everyone safely down the steep and bumpy road.

Besides the beaches and cliffs, this area, 50 km southwest of Yogyakarta, is also a cultural and religious hotspot. Along Ngobaran Beach perched on the cliff is a little village, which serves as the best example for Indonesian syncretism and Javanese religious thinking. In total unity there is a Hindu Temple, a Kebatinan place of worship and a Mosque, which does not face towards Mecca, but south towards the sea. From the high cliffs this small Musholla is watching over the empire of Queen Nyai Ratu Kidul, the mighty Queen of the South Sea. Since the time of the second Mataram kingdom, founded by King Senopati (ruled 1584 – 1601), she is the mythical and spiritual consort or “wife” of the sultans of Solo and Yogyakarta and seen as the protector of their kingdoms. The South Sea Queen´s spiritual relationship with the present royals is alive also today.

Ngobaran, the name of the beach, is derived from the word “kobaran” which means “fire” or “burning” and indeed legend has it, that this site witnessed King Brawijaya V, together with his second wife Dewi Lowati, burst there into flames. King Brawijaya V had led a very ascetic life as a Hindu-Buddhist king. He had fled his palace in order to escape the Islamisation by his Muslim son Raden Fatah, who had started the new Kingdom of Demak at the end of the 15th century. Today you can visit on the beach a small monument that is dedicated to Brawijaya V, the last descendant of the Majapahit Kingdom.

With the rise of Islam, Kebatinan also became more popular. Batin means inner self in Arabic and Kebatinan describes the “search for inner self”. Kebatinan is a Javanese mysticism, or a philosophy, a lifestyle, believe or guideline, embracing the best of several religions, namely: Ancestor Worship, Hinduism in its Tantric form, Buddhism and Islam best expressed by the teachings of Sufism, some elements of Taoism and Confucianism. Pantai Ngobaran is a place where Java’s heritage of spiritual knowledge is well preserved. The Kebatinan site overlooks the endless expanse of the sea while, some steep stone steps below, there is another miracle: Between the rocks several natural freshwater springs can be found, which are covered with seawater during the high tide. Generations of Javanese mystics, shamans and healers have come to this place, because it is believed that the spirits of the ancestors have a strong presence in this place. The gurus still perform special rituals here and Kebatinan followers will feel the relationship to the spirit world and the connection with the universe – and maybe not only them.

On top of the cliff the panorama is mind-blowing and there is the meditation seat of Pak Agung Kejawen – “Mountain of Kejawen”.  Whenever his job in the governmental bureaucracy of Jakarta gives him the freedom to travel southeast, he will be present in his home village. Once in a while he performs a meditation overlooking the endless magnificence of the ocean. He is the initiator of this particular Kebatinan temple site, which was inaugurated in 2003, and also the designer of the statues that represent deities that embody the ideal royal virtues.

The statues give reference to “Asta Brata”, the eight values of noble life. The characters are from “Ramayana” or “Mahabarata” and are a personification of ethics and morality. In Sanskrit “Asta” means eight and “Brata” stands for austerity. Altogether it is a symbol for leadership connected to eight natural elements: earth, water, wind, fire, ocean, sun, moon and star. They describe the ideal characteristics of a righteous ruler, such as justice, love, cleverness, piety and are as well relevant for a commoner. This concept paves the way for cosmic awareness, which can definitely be felt at Ngobaran Beach – a place where the sea and sky seem to be limitless. 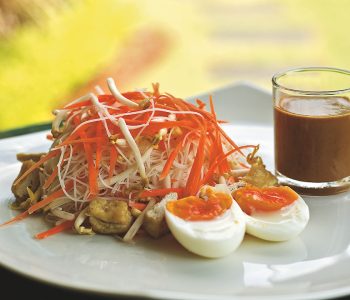 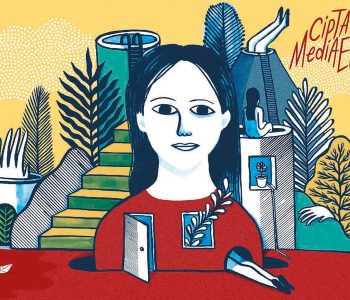 Celebrating the Creativity of Indonesian Women 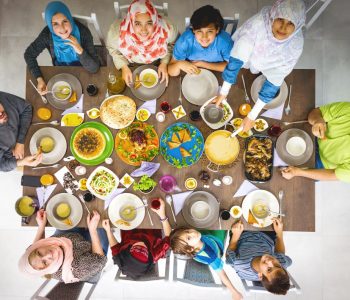 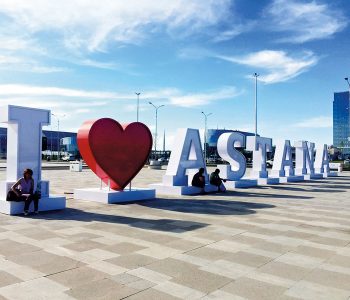 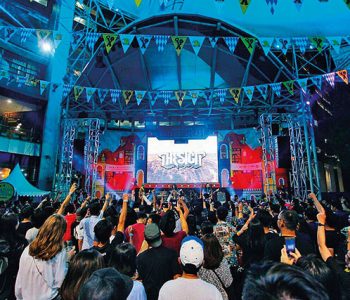