Tailoring science, technology, education, art and mathematics is an adaptation of a visionary learning programme to prepare the student for the fourth Industrial Revolution.

World economy is heading to the fourth industrial revolution, changing the way of living through the development of artificial intelligence, big data, robotics and internet of things that impact on jobs and business as usual. Educational institutions have a pivotal role in preparing the future generation to become a workforce that reflect the new world in order to participate in the future economy. Education 4.0 is put forth as a response to the fourth industrial revolution.

As one of the countries with emerging economy, President Joko Widodo has declared the roadmap of “Making Indonesia 4.0” in 2019, which reflect the vision of Industry 4.0 inviting the stakeholders, including research and educational organisation to involve in achieving the opportunity for Indonesia to enter the top ten biggest global economy by 2030.

Endorsed by international educational intuition as well as the support from the Ministry of Research and Technology, the Education 4.0 that power up innovation and creativity are also expected to reach its equity and inclusive opportunities, disseminated in middle schools across the region.

In mid-January, Jakarta Intercultural School (JIS) invited stakeholders, including teachers, researchers and students to introduce STEAM as the future face of pedagogy to prepare students that will later to be a potential human resources who could thrive in the transforming industry. Short for Science, Technology, Engineering, Art and Mathematics, STEAM is the core value of new learning programme, designed as a response to the fourth industrial revolution. 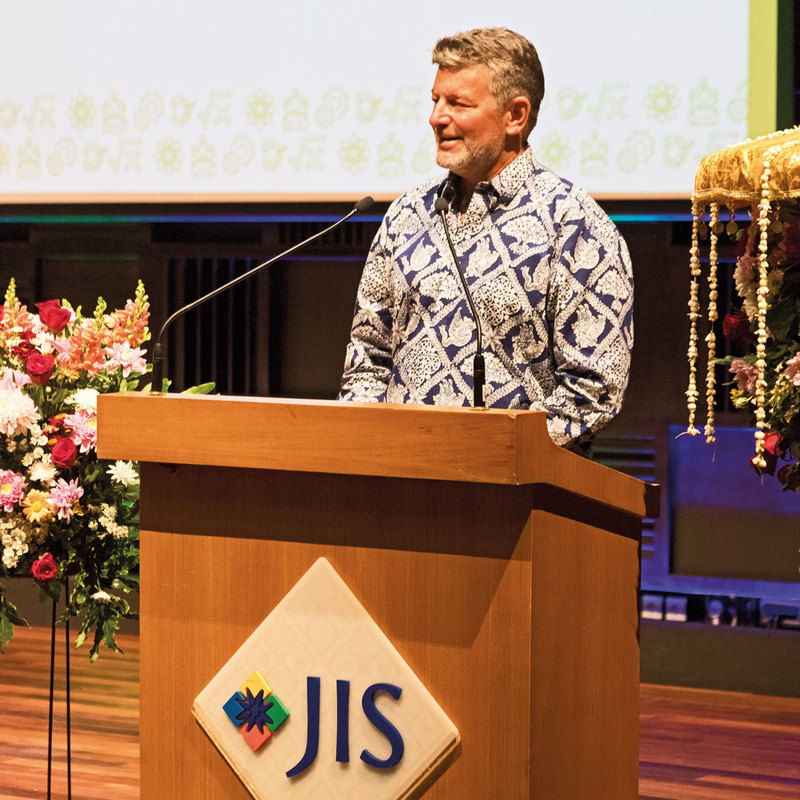 Head of School, Tarek Razik has introduced a new building in middle school campus that facilitates students to learn based on the methodology that STEAM offers. According to him, middle school is the entry point to introduce students about the basics of science, technology, engineering, art and mathematics.

“STEAM is encouraged by innovation and creative industry. To be able to participate in the global economy and achieve the Indonesia’s vision, we need Indonesia to be fluent with technology and make the world a better place,” Razik shared during his keynote speech.

Furthermore, STEAM will be implemented to a number of supported learning activities, such as coding, programming, robotics, design and related studies. Those activities will examine the students’ skills and train them about critical thinking, problem solving, becoming a global citizen, communication, empathy, collaboration, leadership, creativity and entrepreneurship. STEAM also envisions the roadmap of UN Sustainable Development Goals, ensuring the future generation that have responsibility with the planet and humanity.

Razik also open the collaboration with other schools in Jakarta to train the students and teachers about STEAM, engaging with wider communities as a contribution to spread the knowledge about Education 4.0. At the helm of Middle School Principal, Christophe Hendry, Jakarta International School is scheduled to invite stakeholders for partnership in the near future. 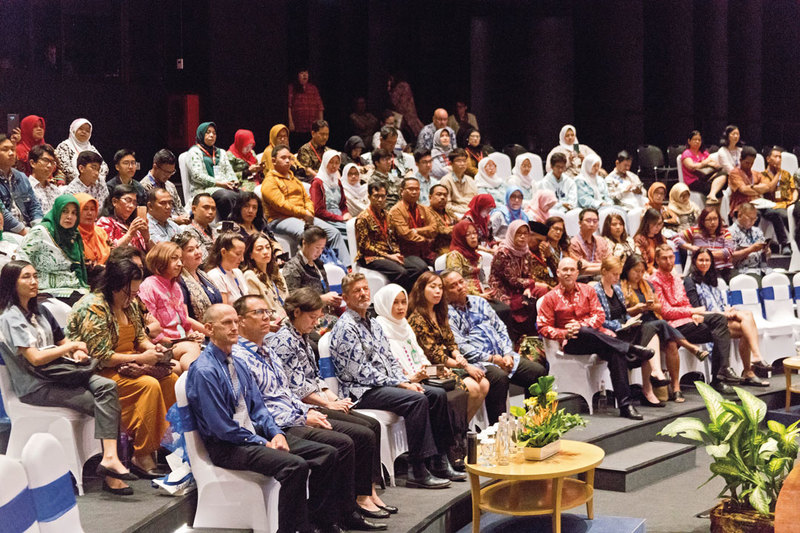 Poppy Dwi Puspitawati, Director of Middle School Development Directorate General of Elementary and Secondary Education, Ministry of Education and Culture said that Education 4.0 requires the initiative both from students and teachers to be able to optimise the learning process to be able to create the future generation that could implement a multi disciplinary collaboration with their multi-intelligence and skills. STEAM.

With more than 39,000 middle school that spread across the archipelago, according to Puspitawati, Education 4.0 can be started in middle school in district region (kabupaten) and designate school as learning centre for other students in sub-district (Kecamatan) and remote areas. 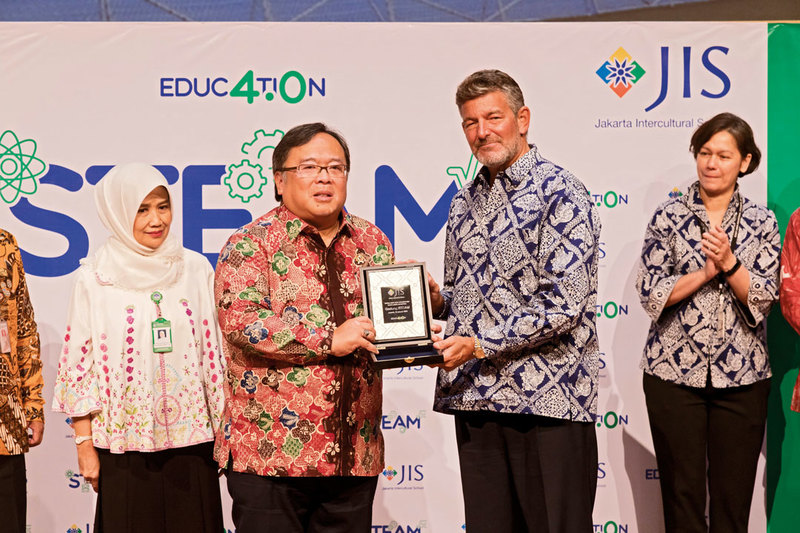 “Middle schools in Indonesia could learn the best practice from Jakarta International School. We can’t wait anymore and the students as well as teachers need to adapt with the changing world. We need to teach our students with skill, and literacy to be able to create a future generation that have a resilience in solving world issues. Indonesia can’t lose this opportunity to face the Golden age in 2045 as we will have the highest number of bonus demographic bonus,” Puspitawati said in front of teachers and students.

Bambang Brodjonegoro, Minister of Research and Technology addressed the specific topic on the disappearance of traditional job impacted by the Industrial revolution. According to him, introduction to STEAM in elementary and secondary education will produce innovative mindset and ability to adapt with the new job available in the future.

“Indonesia is used to depending on natural resources-based economy. Now, we can’t technology for granted and acting as a consumer. We need more innovator and creator and power up the research and development. We need to start it from middle school and let this knowledge about Education is shared to other school in Indonesia,” according to Brojonegoro, who also attended the conference at JIS Middle School Campus in Jakarta.

Bambang Brojonegoro also wished that future generations could have sensibility in technology to solve socio economic problems as well as contribute to the nation’s pride. “Young people have great potential to do big things like designing mobile applications to help the disabled or use drone technology to support the national defence. These are cutting edge work. And students need to think forward,” Brojonegoro stated. 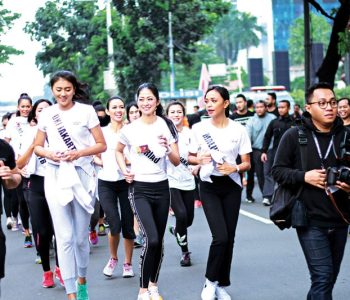 Where Grace and Beauty Meet 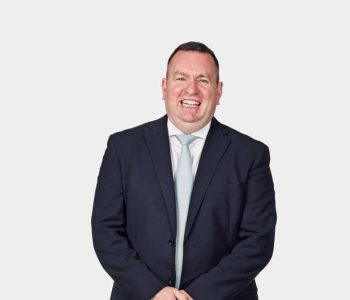 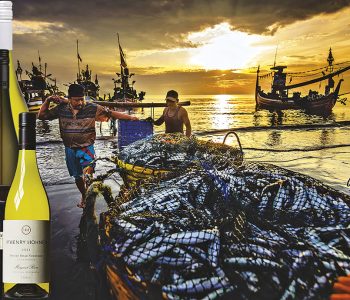 Seafood and Wine Weekend at The Stones 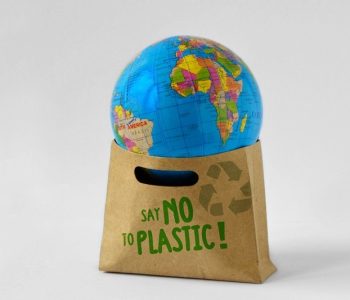 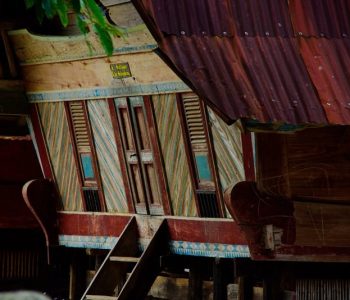