It may be hard to see when looking at it from above through the smog, on the streets with their rat nests of cables, or underground where it might flood at any moment, but Jakarta is becoming a ‘smart’ city as it optimizes the use of Information and Communication Technology (ICT) to monitor, analyse and control its various resources with more effectiveness and efficiency.

Now, more often than not with only your smartphone, you can access Jakarta’s ‘One Stop Services’ which provides information and assistance for various permits and licenses through several digital platforms, from websites to video calls (https://smartcity.jakarta.go.id/en/). In turn, this maximizes public services, provides solutions, and supports sustainable development.

All of this and more is helping make Jakarta smarter as a city, and more sustainable. “A Smart City is a sustainable city,” says Ali Rahmadi, Head of Sustainability Audit & Reporting Services at Moores Rowland Indonesia. “A major purpose for using smart technology is to use resources more efficiently, and therefore more sustainably.”

A Smart City benefits from advantages in efficiency and better customer service in e-governance and citizen participation, public and private transportation, IT connectivity, water and solid waste management, sanitation, power supply, and urban mobility, among other issues.

Every Transjakarta bus has a GPS sensor to track its location and route. The data are used for operator billing payments and making it easier for people to manage their travel time by accessing real-time information about a bus’s location.

A GPS has been installed on 1,200 garbage trucks so their routes and locations can be tracked to evaluate garbage transport management.

Air Quality Monitoring Stations have been installed in five locations. The data can be accessed by the public via the Jakarta Smart City portal.

Jakarta has a web-based street system that controls the light intensity and dimming times of 90,000 lights to save power.

A GPS tracking system manages the distribution of ambulances in the city districts. The system also determines when the vehicles need servicing based on kilometres driven.

The six units for measuring the water level of Jakarta’s rivers are one of many flood monitoring systems in the country. The systems update data every two minutes and uploads it to the public website.

In 2017, the Indonesian national government launched a program piloting 100 smart cities across the country. The master plan is a collaboration between several ministries, including public works, communications, finance, planning, public affairs, interior, economic coordination, and the presidential office. The national master plan is part of a government decentralization agenda, which aims to make local and regional governments more autonomous, and is meant as an incentive for local administrations to take responsibility and increase capacity for infrastructure and service provision.

The Jakarta Smart City (JSC) initiative was launched in 2014 by the former governor Basuki Tjahaja Purnama, known by his nickname, Ahok. The initiative encompasses a remarkable number of individual projects addressing issues including governance, mobility, environment, and human services. A visit to the Jakarta Smart City Lounge reveals wall-sized screens displaying feeds from thousands of CCTV cameras and data visualizations indicating the city’s urban condition in real-time. Impressive as they are, the cameras are a source of contention as they are operated and maintained by mobile network providers, public facilities, and the police, raising challenges for governance and data sovereignty.

While the smart city lounge demonstrates the different aspects of the initiative to the public, JSC also includes a co-working space for startups, developers, and data scientists who work with the city on apps for the smart city platforms. The city works extensively with private companies and external consultants. The citizen reporting app Qlue, a central, and perhaps the most visible element of the initiative, is developed and maintained by a private startup. If you’ve gone through a body heat sensor before entering an office building, mall or hospital, you’ve probably been scanned by Qlue.

Even before the launch of Jakarta Smart City, several Indonesian cities including the Jakarta regional government, the cities of Bandung, Surabaya, and Makassar had launched their own urban control centers, open data portals, and participatory budgeting initiatives.

Today, after several fits and starts, the Smart Cities of Indonesia are propelling the country forward in ways seen and not seen, and in ways we can only imagine for the future.

Many thanks to Dietmar Offenhuber, PhD. for his research paper, The Platform and the Bricoleur – Improvisation and Smart City Initiatives in Indonesia, and to David Reeves and his Digital Cities and Innovation Cities for a Smarter City (https://www.aboutsmartcities.com/jakarta-smart-city/) upon which some of this article is based.

LEVELS OF JAKARTA’S EVOLUTION AS A SMART CITY

» 4.0 CITY – The city government as a collaborator. Citizens as co-creators.

» 3.0 CITY – The city government as a facilitator. Citizens as participants.

» 2.0 CITY – The city government as a service provider. Citizens as consumers.

» 1.0 CITY – The city government as an administrator. Citizens as residents.

has lived in Jakarta for many years and produces articles for several publications in print and online around the region and the USA. After working at Jakarta Intercultural School as the communications office technical advisor, he is currently the in-house consultant editor at Moores rowland Indonesia where he creates social media content, edits corporate and sustainability audits, and writes for the firm’s CEO and partners. 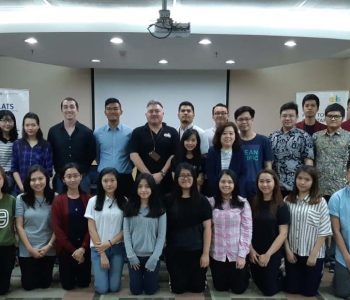 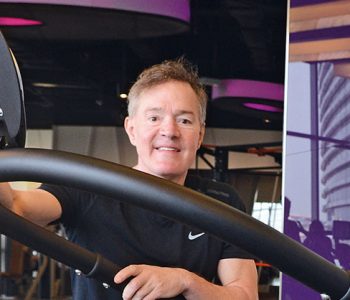 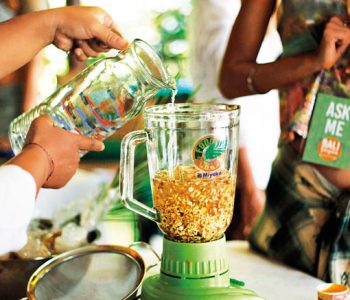 The Reason You Will Go to Bali This October 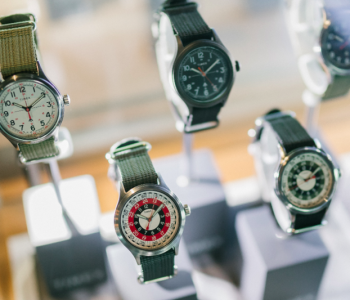 Set the Flagship Store in Jakarta, Timex Launches the Watch Collection from a Collaboration with Todd Snyder 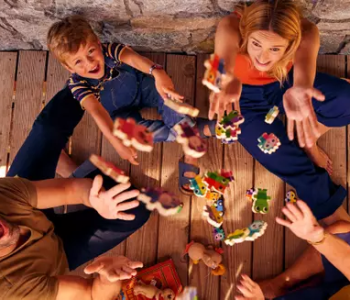 All Day Fun Family Activities at Home with Club Med