Books are the windows to the world and reading is the key to knowledge. It is the dream of every nation to have a smart generation. It is also a dream for Indonesia, but there is a lot of  homework that remains, especially to equalise the quality of education in remote areas of eastern Indonesia. Various issues have hampered the educational process there, such as lack of adequate facilities to support the progress of teaching and learning process as well as limited capabilities of the teacher.

The situation caught the eye of talented consultant and traveller Nila Tanzil, when she spent some time on Komodo island, East Nusa Tenggara  after she resigned from a job. She also discovered, while enjoying herself diving and exploring the island, that most of the children in the region could not read and did not have access to educational facilities. Realising how unfair the situation was, especially in a region of such beauty and potential, she set about attempting to remedy their circumstances.

The idea involved providing children access to good books in the hope of overcoming their problem with literacy by building a proper kid-friendly library and teaching them to read with interactive programmes.

In 2009, she established a pilot project established on Roe island, a small village in the foothills of Flores, with the name Taman Bacaan Pelangi (Rainbow Reading Gardens), with just 200 books. In 2013, Taman Bacaan Pelangi was officially registered as a foundation under the name of Yayasan Pelangi Impian Bangsa, to step forward in realising a dream to do more for children in remote areas.

“My initial goal was that I wanted the children of Indonesia to read books, especially in the eastern part of this country because they don’t have good access to books,” Nila said.

The library concept, in her mind, was a collaboration with local communities and schools including headmasters, teachers, students and parents. In order to get the system started Nila helped build the library in the elementary school area and put the in the library programmes and activities as part of the school curriculum.

She noted  that it took a lot of time because she needed to meet and engage with  villagers and develop good communications with them, in addition to meeting with the head of  the education office in each district. Part of her work also involved surveys of schools that had libraries and if they worked well. Nila was thus able to determine if headmasters had good leadership skills and understood  that libraries are important for students. If the criteria were met, it was possible to move forward.

According to Nila, the essential part of building a library there, was to apply the suitable ways to stimulate children’s reading interest. She created interesting and creative programmes in order to retain children’s interest in visiting the library. Nila and her team also provided  training for the teachers on how to manage the library, how to communicate with children and how to read to them and engage them in activities.

“To stimulate the interest in reading  is not just about giving access to reading books, but also through creative programmes. Besides that, the relationship among headmasters, teachers and parents must be good. If it is not the system can not be run well. It’s good to see harmonisation in building the library, we provide the facilities, then the teachers and parents do the renovation, paint the building and make creative illustration. That’s the collaboration.” Nila explained.

My initial goal was that I wanted the children of Indonesia to read books, especially in the eastern part of this country because they don’t have good access to books

Nila agrees that parents play an important role in raising interest. “Parents must read story books to their children as part of a  routine. It’s a good way to stimulate children to read books,” she said.

Knowing that the children’s ability to read was different, Nila created a system of book levels based on reading skills— not based on school grades— with animal illustrations, so children whose reading abilities were weaker would not be  discouraged.

“For instance, books for first level were marked with a  lion, books for the second level were marked with a beetle, so that when they come to the library they already know which books they would understand. I didn’t want them to take  books with difficult vocabulary for them and feel that it’s hard to read and understand. From that we can identify their reading abilities because it’s a fact  that even  students in fifth grade are still weak in reading,” Nila noted.

She also tried hard to change the mindset of the teachers and parents who were surprised that the library was full of colourful storybooks, because for them, libraries were only associated with books similar to the ones used in schools.

“First thing is how to make children are happy to read. I saw they are really enthusiastic to come to library cause it has so many books with beautiful colours. That’s how to stimulate them to read.”

In 2016, Nila continued to build Taman Bacaan Pelangi in Rinca island, also in Flores. At that time there were 32 children who could not read. After working hand-in-hand with teachers to provide them free reading courses, within two months 16 of those children could read well, and in four months all the children could read. Her effort had paid off.

Nila is very excited to grow the number of libraries. Currently, there are 82 Taman Bacaan Pelangi that have been built which spread over 15 islands in eastern Indonesia, including Lombok, Sumbawa, Flores, Alor, Timor, Sulawesi, Banda Neira, South Halmahera, and Papua. The last library that has been built is in Katoi, Southeast Sulawesi which officially opened on 21 April.

“In the middle of this year, Taman Bacaan Pelangi is going to reach 100 libraries.” Nila said excitedly.

Nila, who has travelled to 37 countries, also manages Travel Sparks, a social enterprise in travel services to support the library programmes. She arranges custom and private trips to Flores and other regions in Indonesia by fully involving local communities to help them earn additional income so they can afford to send their children to school.  One of the activities of the trip is volunteering in the library. Participants can also contribute to the library by donating books and  interacting with the children. 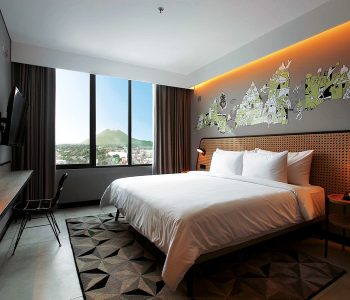 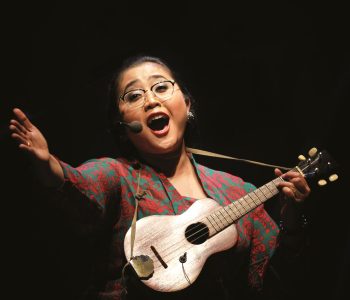 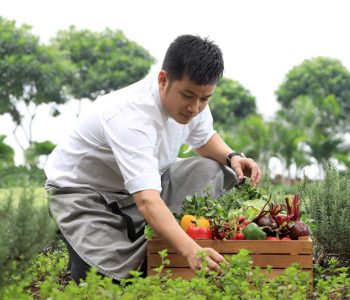 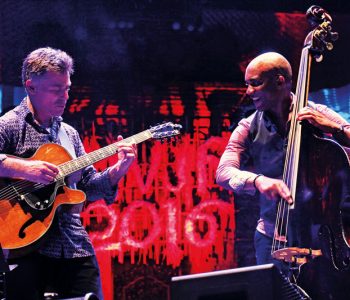 A Festival For Real Jazz Lovers 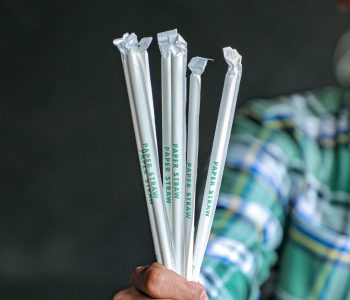