As the capital city of a rapidly developing country in Southeast Asia, Jakarta is the place to be for the fast moving Indonesian middle class. My trip to the Maritime Museum in Kota Tua all those years ago showed me how small Jakarta was when it was founded hundreds of years ago.

If you look at the old maps, you can see that Kebayoran Baru was still virgin “jungle”, and the city stopped at Menteng. As a south Jakartan ‘princess’, for whom Plaza Senayan is the centre of the universe, I know how fast growing populations, and the development of infrastructure, will enable us to reach even further outside the city centre, to look for the next new thing. The good news? The demand for new areas to keep up with population numbers also widens our choice of food and restaurants.

I have many friends now living around the Alam Sutera area, which is not only the place to get meatballs from IKEA, but is also home to Kayu Kayu Restaurant, which serves the best martabak ever (both savoury and sweet). As an Indonesian I grew up eating street food in Jakarta; my parents used to buy me martabak from any street vendor that they could find, without worrying too much about what it might do to my health. I’m at the other extreme —I am really careful when it comes to giving my children food.

The martabak in Kayu Kayu looks and tastes exactly the same as the ones that I used to have as a child, down to the crispiness of the skin, and the amount of beef, egg, spring onion – just perfect! The same is true of the sweet martabak, they use the classic Dutch-style chocolate sprinkles with chopped toasted peanuts and cheese.

The texture and moisture from the butter and margarine are just perfectly ‘authentic’ (by which, of course, I mean just as I remember them). And I’m happy to introduce my half – Indonesian children to them (after all, my husband introduced them to all his favourite Scottish delicacies – tablet and fudge, and soft-serve ice-cream with Flakes).

The music, interior, design, decorations, and the menu remind me of my childhood. Ironically, when we are talking about something new, the trend is to look to the past. It seems to me that many people these days are missing not just the food, but also the atmosphere of the past.

Another area that has now become the new food place is Pantai Indah Kapuk, not far from Soekarno Hatta International Airport, where I had a cooking demo recently. There they have a huge mall – PIK Avenue – the majority of which is dedicated to new entrants to the Jakarta food scene. One of the shareholders there – David Hilman – who is also passionate about food (and talks about nothing else on his Instagram account) – believes that the mall’s focus on the food scene attracts not just people from around the area but even from those living in central Jakarta as well.

Sisterfields – which started in Bali – has made its first port of entry to the Jakarta market in this mall; the restaurant offers up the iconic café culture of Australia. Similar to the one in Bali they also serve non-halal food, such as double cheese and ham toasties, and crackling pork belly. For those who are able to eat non-halal food, this is the place to be, particularly as most of the folks who live in the area are Chinese descendants.

Back in the city centre, not far from where I live, along Gunawarman, Senopati, and Jalan Suryo, I watch dozens of new restaurants being opened, supplying different market layers, and satisfying specialist niches. Of these, I personally like Okuzono, which offers up modern Japanese food in a beautiful interior.

I was very impressed to see the way they lay out their tables, which are divided into booths that fits around 4-5 people, and are scattered at different heights. I’m as attracted by the unique design, and the combinations of lighting and wooden material they use, as the food.

One thing I have learnt about the Jakarta market is never to underestimate how low the level of customer loyalty is here. Big “Durianese” always want something new. Its a truism that if you want to be successful in Jakarta’s F&B business, you’ll need to keep reinventing yourself, like some sort of restaurant equivalent of Doctor Who, otherwise chances are you won’t be around in 5 years’ time.

And it’s not just the Jakarta customer who’s fickle; the owner of one of Jakarta’s biggest Southeast Asian restaurant chains explained to me that even the shopping malls will prioritise their prime locations to “new restaurants”, with the “old ones” being relocated to the second, or even the third, floor, like some unwanted house guest. So, in order to survive, she keeps coming out with a new theme for the restaurants, new decoration and a new look, as well as new name, even though the food and menu is pretty much the same as the previous one.

The other thing that is new is also the market itself; now if we walk around the malls in Jakarta we can see people sitting around, hanging out, around semi outdoors restaurants and cafes, at any time of the day. I’m always amazed by this – doesn’t anybody work any more?

But it’s true, Jakartans are becoming more comfortable holding their business meetings outside their offices, while the younger ones even use them as work spaces, something that was still uncommon a decade ago. This is why we see more coffee shops offering remote access and docking facilities for laptops.

Another phenomenon that is new to Jakarta is its burgeoning wine culture; example – I started my business venture with my new business partner over a bottle of red wine one relaxed afternoon, at Paul’s. A shop that started out life as a bread maker now also serves wine on its menu. Admittedly, the price is still way more expensive than abroad, but it is becoming increasingly more affordable and more widely available. Even as the number of expats in Jakarta goes down, booze consumption is holding up, or even growing, as Indonesian locals become more westernized.

This is all so different from my second home city – London – where you can still find lots of old, traditional restaurants. Even ones that are over a hundred years old don’t make people bat an eye lid – like the Golden Hind Fish and Chip shop in Marylebone that has been selling fabulous fish and chips for over 104 years. And the London equivalent of Toko Total Buah – Fortnum & Mason – has been selling great quality teas, coffees, and grocery goods since 1707. Me, I go for the champagne truffles, jars of stilton, and marron glaces, as well as their afternoon tea scones.

I’m always so worried, when I find a restaurant I like, that it will start to go downhill; to be replaced in a couple of years by something worse. This is so different from London, where there is still a good balance between the new and the old. Maybe this is because London is a more difficult place to live; people want the comfort of what they know. Or maybe it’s because, if you have cooks and maids at home, or stay-at home wives and mothers – there’s no point going to the same place again and again (you can get that back home!).

I know, many would disagree with me on this – especially those who are big fans of Chinese food in Kota – and say that there are still lots of traditional restaurants in Jakarta, but I didn’t grow up with them. For me and my generation – the big luxuries were Pizza Hut and Dunkin Donuts. And bizarrely, these two are still the same as when I was just a kid. Despite years of travel, and food exploration all round the world, I’ve just never gotten rid of my desire for Pizza Hut’s famous salad bar – with thousand island dressing! – as well as the thick, hard-ish, unsweet texture of old fashioned Dunkin donuts! 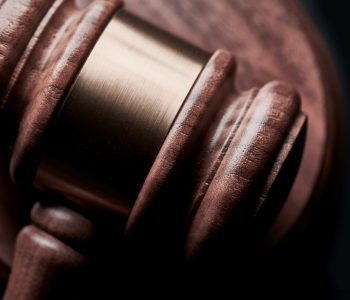 What is the Potential Liability under Law for Escaped Viruses? 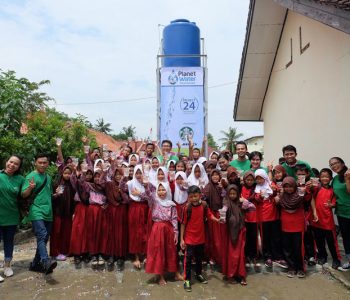 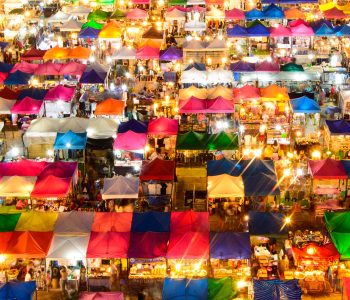 What’s New in Thailand This Year 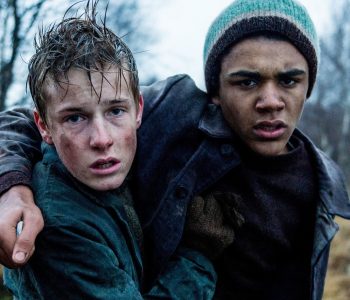 Showcasing the Best of German Cinema 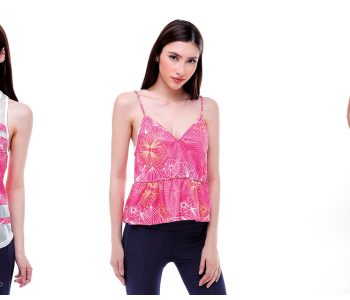