On Friday, 20 March, Jakarta City Governor Anis Baswedan announced the state of emergency to avoid more people getting infected by the novel coronavirus COVID-19. The appeal to implement social distancing is considered less effective to contain the pandemic affecting more people in the megalopolitan and other regions in Indonesia.

Social distancing, so far, is the most effective way to suppress the spread of the coronavirus in the city and its greater area from Bekasi to Tangerang. Social distancing is proven as an effective precaution to contain the coronavirus, as China reported improving results with no new cases of coronavirus. As the global pandemic the virus has affected 17 provinces in the archipelago nation. Jakarta needs to take the action of social distancing more seriously as the city has potential rapid spread of COVID-19 if the community could not stand up together combating the novel pandemic that could threaten many people's lives.

Why is it important? To begin with, the megalopolis is one of the most densely populated cities in the world with a 10,7 million population, according to the World Population Review in 2020. Jakarta is located close to a number of satellite cities such as Bekasi, Depok and Bogor, making a total of more than 30 million populations in the Greater Area (Jabodetabek). Many people's lives are at risk if the community still keeps mobilisation in and around the city.

Since the first case has appeared in the city, Jakarta is now the epicenter of the viral virus with most cases showing up in the city compared to other cities in Indonesia. With more than 400 cases reported and 38 fatalities (per 21 March), it’s still considered minor in the ratio of one million populations but the city cannot wait until it’s too late. Indonesia can’t lose more people.

Jakarta is packed with crowds where thousands of people commute every day. Since the city implemented social distancing on 16 March, new cases keep appearing in the following days with a significant surge of the death toll that caused a panic among the residents.

Even though the social distancing has an significant impact to daily mobilisation with many people working from home, suspended events, cancelled events and public gathering as well as the ban of temporary religious communion, this appeal haven’t taken seriously for some people where for example, Muslim communities still hold Friday Prayer and people travel for work, forcing the local government to put the city into lockdown and emergency, shut down more activities to contain the virus into spreading. Of course, it depends on the solidarity among the communities to take action but it’s unavoidable as many people, especially middle and low-class society depend on daily income, living paycheck to paycheck. To protect the social stabilisation, the government has secured incentives to protect the most vulnerable one, while the national government imposed the policy, urging people to get tested for the coronavirus to collect the data of infected people that need medical treatment.

According to the latest census, the city proper has a very high population density of 14,464 people per square kilometer (37,460/sqm), while the metro area has a density of 4,383 people/sq km (11,353/sqm). In the spatial analysis, it’s crowded and more people will potentially get exposed to the coronavirus that generates through droplets, with potential exposure through community transmission as it is seen in China, Italy and Iran with the most infections and drastic fatalities. In simple terms, there are around 11-14 people who would likely get exposed to the virus in the one-meter distance.

As downtown Jakarta showed a significant impact on social distancing, the government has to be ready for the worst scenario as the more density of the population is in the neighbourhood with more people living side to side in the crowded district. Aside from the top and middle class who have taken the action to avoid contact with people, the communities in the lowest class also need to be protected. In this case, specific groups such as the elderly and low-class community are the most vulnerable one to likely infect with the virus, noting the statement from the World Health Organization (WHO) that the most fatalities affected senior citizens and low-class communities who don’t really understand the exponential effect of the COVID-19. Jakarta needs to get the virus under control with readiness for referral hospitals that might have to respond to the surge of infection if the social distancing is ignored.

As a comparison, in the USA, more coronavirus cases have appeared in the Big Apple in New York City that have a population of 19 million people with a total of more than 8,000 infected (CNN reported), even though the first contact of coronavirus showed up is the State of Washington. In Europe, many cases have appeared in metropolitan areas such as Madrid, Berlin, and Paris as well as the city of Bergamo, Italy where the death toll has surpassed China, Reuters reported.

Indonesia could learn from other countries and avoid the coronavirus infecting more people. In the city that has a high density in population, there are more than 3 million people in the age range from 40 to 65+ years old could get exposed to the virus. These age ranges are considered as the community that could get a more severe infection of the coronavirus as the data collection showed in Italy where many senior citizens with pre-existing conditions have died due to the virus that reaches to the infection of respiratory function and organ failure. It just needs community solidarity and commitment. Young people definitely have a pivotal role to urge more people to appeal to social distancing as these age groups mostly showed the mid symptom of the virus but potentially can be a carrier of the COVID-19 and affecting the most vulnerable groups (WHO reported).

Many health experts in the world urge the community to help flatten the curve as a support to avoid overcapacity of patients at the hospital. There are three main referral hospitals in Jakarta that handle coronavirus patients. If the number of cases keeps increasing, the health worker has to look after more patients and medical mitigation will be overwhelmed with the critical situation. Many people will suffer if a certain number of doctors and nurses, as well as epidemiologists, could accommodate the patients that need intensive care. Coronavirus is avoidable but it can be an exponential threat for many people today. The overcapacity of patients in the hospital makes for a more vulnerable situation where the significant surge of death toll happens in Iran and Italy.

In that regard, local communities create social movements to urge people to stay at home and practice self-quarantine to contain the virus, bringing the social media campaign through hashtags such as #StayatHome #WFM #WeCanDoThis and #FlattentheCurve keeps educating more people about the virus.

We Can Do This! 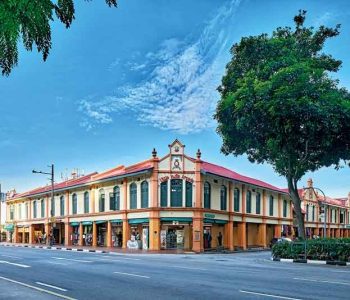 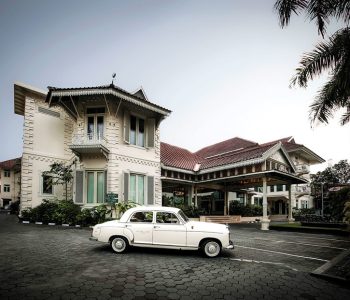 A Tranquil Gateway in Yogyakarta 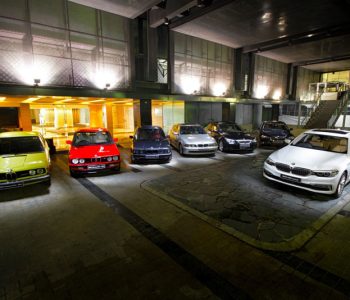 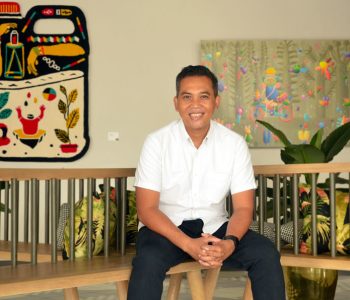 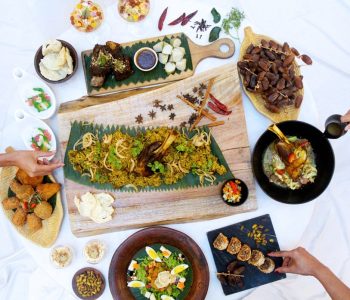 Ramadan at the Hermitage Jakarta: Taste of Nusantara